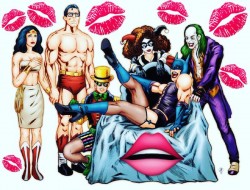 Arthaus Is Celebrating All Things “Rocky”… 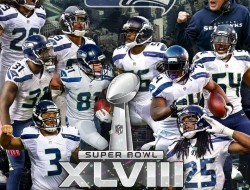 Ok, so you don’t always go to Belltown. It used to be a pretty hip neighborhood; now it’s just another gentrified extension of South Lake Union.

But that doesn’t mean we can’t fight back against the tidal wave of soul-less condo-builders.

Mama’s may be closing in the face of money thrown at them from a development company, much to the chagrin of area residents. It’s been a mainstay on the corner of 2nd and Bell for…39 years! Holy shit! It’s a local favorite with great Mexican food, gloriously painted walls, and the in/famous Elvis Room. To be honest, if I’d owned a place for that long and were offered a ton of money to retire, I can’t say I’d say no. Shorty’s is a different story, though. It’s one of the extremely few spots in Belltown that still has a shit-ton of character. Whether you’re afraid of clowns or not, you’re always guaranteed a fun time with stiff drinks, pinball, vintage arcade games, an eclectic crowd, and general awesome debauchery. Other bars around the outskirts have tried to duplicate the Shorty’s theme, but to no avail. King’s Hardware in Ballard, Full Tilt, and a “soon-to-be-opened” place in Greenwood could only hope to bring the kind of staying power and divey circus concept that Shorty’s has maintained for umpteen years. What more could you ask for?

Granted, The Rendezvous, Wakefield, and Tula’s are still there, but they’re in no danger. They’re a block away.

As such, everyone is invited to the CLOWNVASION on Sunday, October 4, at 2pm till close. Swarm the place, bring everyone you know, and bring your best clown get-up! Extra staff will be on hand to keep you sated and happy. Minors are welcome outside of the bar areas. Play games! Support Shorty’s! Buy shit!

There’ll be a petition you and everyone you know can sign in efforts to save Shorty’s from demolition. According to the Facebook page: “On October 4th I (Ronald McFondle) will be hosting an amateur clown contest at Skill Shot’s annual anniversary pinball tournament there. Before that though I’d like to hold a clown protest to garner attention to the cause. Press attention will definitely affect which way the city goes on this.” The city will vote on October 7th whether or not to declare the building (which also houses Mama’s and Rocco’s) a landmark.

While you’re there, please feel free to support all of the businesses on the block, as all of your dollars will garner attention to how much you love that neck of Belltown. See, the problem with building more condos there is that all the housing will be worthless if there’s no reason to live in the neighborhood. Imagine if The WildRose were demolished, or Purr, Julia’s, or Oddfellows. There wouldn’t be much reason to live on CapHill, would there? I’m not saying building more housing is wrong—it just shouldn’t happen at the expense of a neighborhood’s character.

This is your chance to quit complaining about gentrification and finally DO something about it. The Shorty’s event is looking like a HUGE party! Please be respectful of the staff, the bouncers, any local police who might show up for crowd control, and BRING EVERYONE! They’re looking for press, photographers, and as many signatures as they can get to save this beloved nook.

There’s no cover; just bring your fabulous selves and some cash to spend.

Go! Have fun! Stay hydrated, and play some pinball in the tourney! Because Elvis would want you to.