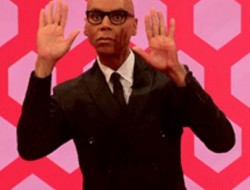 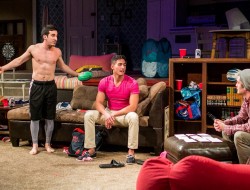 Just Announced: RPDR Battle of the Seasons Back At Showbox April 19th It’s a money making cow for all those involved. Package up a murder of RuPaul’s Drag Race stars with RPDR sidekick Michelle Visage as the presiding host and send the tour out on the road all over the US, Canada and Europe. Then, slap on the BATTLE OF THE SEASONS logo and watch the money pour in for RuPaul’s Drag Race’s production company (World of Wonder), network (LOGO), and THE big drag queen management company (Producer Entertainment Group) who manages ALL of the involved talent (you will NOT see a non-PEG managed star on the BOTS tour so quit clamoring for fan favorites like Latrice Royale or Alyssa Edwards to show up…ain’t happening. Or, it’s VERY unlikely….)

They announced the European leg of the tour for 2016 a few weeks back. It kicks off in Antwerp Belgium on March 17, 2016 the races around the UK and the continent until April 10th. THEN the poor exhausted troupe makes its way back to the US for loooooooooooooooong ass tour that starts in….

The rest of the tour, which extends all the way to the end of June, includes just about every major market in the US and Canada.

The line-ups will vary from city to city. Hometown gals usually do not perform in their own towns, so don’t expect Jinkx or BenDeLa to perform in Seattle. The tentative line-up for Seattle is:

Tickets for the Seattle show go on sale this coming Friday, January 29, 2016 at 12 Noon PST. Grab them over HERE! Tickets start at $37.50 and go up to fancy VIP tix that include a meet/greet.

And, for our readers in Portland, note the tour moves on to The Rose City, the next day, Wednesday, April 20th at Revolution Hall (tickets HERE!) before decamping down the coast to San Francisco on 4/21, Anaheim on 4/22 and San Diego on 4/24.