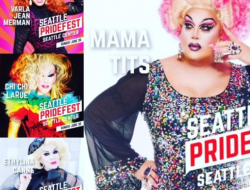 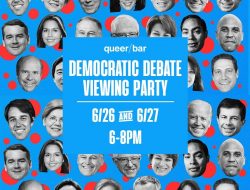 K.Flay is a rising young out music star

Our new hot lesbian musical power couple is up and coming young musicians K.FLAY and MIYA FOLICK and earlier this month they publicly announced their relationship via Instagram…

Where else do you announce your new hot celebrity relationship?

The two just did a cute interview with GQ magazine with writer Eve Barlow:

On June 2, the L.A.-based alt musicians Miya Folick and K.Flay (born Kristine Flaherty) made a public display of their love for the first time one year after they met. Each posted Instagram pictures from a selfie session Miya had captured of the two of them snuggling on a couch. That L-shaped sofa is in Kristine’s Silverlake apartment, where we’re sitting in early June. Miya and Kristine tenderly caress each other—a hand on a knee, a nose in an elbow crease. It’s very sweet and immediately clear how in love they are. You don’t leave their company feeling like you’re going to die alone.

AND, K.Flay has a new single out today (SISTER), and an album out on July 12 (Solutions) and a tour going on RIGHT now with a stop at Seattle’s Showbox SoDo on September 11th (tix HERE!)