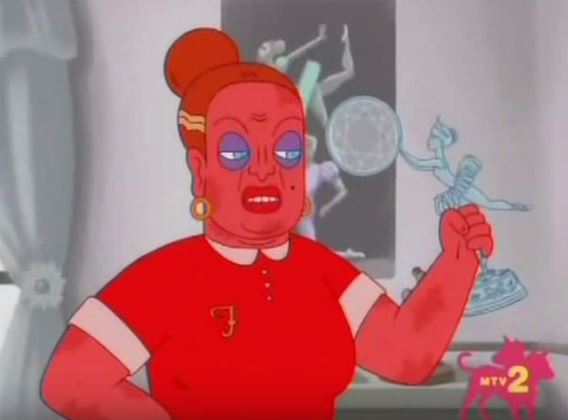 In Honor Of Women’s Herstory Month: A Podcast About Periods We’re chagrined we forgot to honor (or, even MENTION) that it was Women’s History Month and it’s ending TODAY!

(or, “Womyn’s Herstory Month” for those who roll that way…)

To celebrate, we’re gonna get real with a topic that can’t get any more womanly: periods.

And, we don’t mean the dot at the end of a sentence.

Our favorite press release of the week came from a publicist touting a funny podcast called FIRST TIME, hosted by comedian Emma Willmann, and it’s a show all about menses. Or, more specifically, the first time that woman get to experience “The Cycle of Life”. Every podcast, special guests join Willmann, a promising (and lesbian!) comedian and discuss their “first times” and other memorable moments they’ve had while enjoying their monthly visits from “Aunt Flo”.

It sounds brilliant. Pretty much every woman on the planet has a horrifying period story to tell…a friend of ours had a showstopper tale that involved her in a canoe, wearing a summery white outfit, while participating in her then boyfriend’s office field trip/bonding experience in the wilds of the Cascades on some river. Her boozy telling of the story was like a performance piece from a Fringe Theater Festival…she could have won an Obie for that performance! “Aunt Flo” in a cartoon about “the first time” that aired on MTV’s Wonder Showzen show.

WHO: Comedian, EMMA WILLMANN  with guests: AWKWAFINA and CARLY AQUILINO FROM GIRL CODE
WHAT: A funny podcast where female guests discuss their first times menstruating, their early knowledge of periods and of course the horror stories and embarrassing moments, sponsored by Dear Kate.
WHERE: https://itunes.apple.com/us/podcast/janet-renos-meatloaf-ep.-6/id1019221544?i=365021536&mt=2
WHEN: EVERY MONDAY: 2 EPISODES OUT ALREADY

First Time, the podcast about all things ‘period’ is all set with season 2 to launch on Monday, March 21st with premiere guest, Awkwafina. And the following 4 weeks will see another episode post to iTunes. Host comedian Emma Willmann gets into the nitty gritty of all things period related, from period sex to menstrual mishaps to the origins of tampons.

Following the success of the short film “First Time” by underwear startup Dear Kate, they’ve teamed up with comic Emma Willmann to continue to tackle the “red badge of courage.” In this podcast Emma interviews the baddest, most inspiring and brilliant ladies around including YouTube hall-of-famer Awkwafina, Girl Code rock star Carly Aquilino, comedian + author Sara Benincasa, writer Kerry Codett, and GQ editor Ashley Fetters. This is a no-judgment zone that includes stories about period sex, period hacks, and period nightmares. Tune in: There will be blood.
Emma Willmann is a name to watch in 2016. One of the top new comedians coming out of New York City, she has a variety of projects happening, including her own comedy show, The Check Spot, on SiriusXM starting in March. Her First Time podcast will also return for a second season and feature other talented guests such as MTV’s Carly Aquilino and Awkwafina, Comedy Central’s Kerry Coddett, Sarah Benincasa, and Ashley Fetters from GQ.

Recently selected to perform at the prestigious Just For Laughs Festival in Montreal, she’s also appeared at The Glasgow International Comedy, the SiriusXM South Beach Comedy Festival, and the New York Comedy Festival. Willmann beat out hundreds of comedians to be named one of the “10 Funniest Comics in NYC” by Caroline’s on Broadway as part of the New York’s Funniest Competition and was named by Time Out NY as one of the “10 Funniest Woman in NYC,” and “100 Woman We Love,” by GO Magazine.

Emma has appeared on the Investigation Discovery channel, Oxygen, and the Lifetime network plus Channel 7 news. In addition to her stand-up gigs around the country, she’s also just launched The Sensible Show in Brooklyn with comedians Josh Gondelman, Evan Kaufman, and Chris Duffy, which will feature a variety of talented, funny friends.

Website
Twitter
Facebook
YouTube
About Dear Kate:
Dear Kate is a small, all-lady, all-rebel start-up whose mission is to give women the confidence to do anything by equipping them with apparel that’s up for the challenge. We make underwear and yoga gear that can handle anything, whether it’s that time of month, you’re sweating it out in the subway or you’re pushing it at the gym. They’re also pretty amazing for everyday wear, too. Our underwear is pretty and practical, and gets the job done with a soft Underlux lining that is moisture wicking and protective to keep you comfy. Dear Kates have your back…and front, literally.

Regardless of your gender identity, we encourage you to check out this podcast. After all, if it weren’t for periods, none of us would be on this planet.

Here’s the video that inspired the project:

Tim and Ryan discuss what must have been a spoof 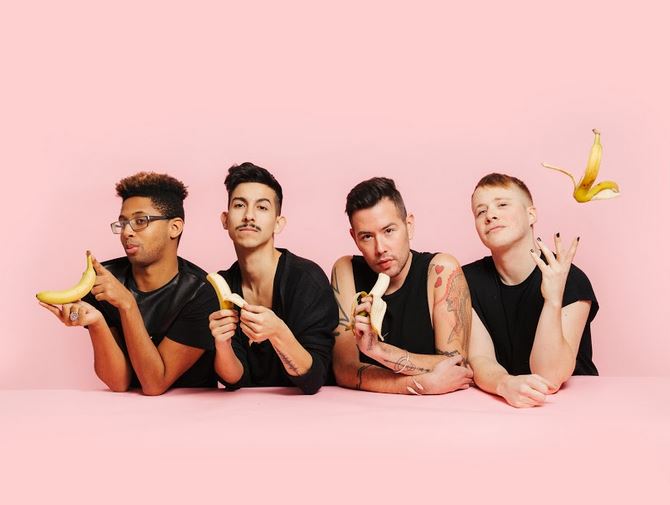 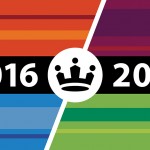 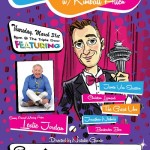