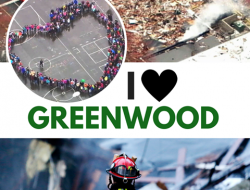 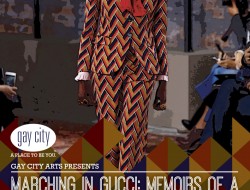 March 9, 2016 Comments Off on The 1964 Bieber (AKA Paul McCartney) Comes To Town In April…And, Farewell To George Martin Views: 3933 *The Strangeways Report, Arts & Entertainment, Concerts, In Memoriam, Legends, Music

The 1964 Bieber (AKA Paul McCartney) Comes To Town In April…And, Farewell To George Martin It’s a very “Beatles-y” kind of day I think…George Martin, the legendary music producer who crafted The Beatles into the legends they became, died Tuesday at the age of 90. The news that “the 5th Beatle” had died was broken by one of the two surviving Beatles’, drummer Ringo Starr.

And, the other surviving Beatle had this to say…via the BBC:

“I have so many wonderful memories of this great man that will be with me forever,” said Sir Paul McCartney in a statement on his website.

“He was a true gentleman and like a second father to me. He guided the career of The Beatles with such skill and good humour that he became a true friend to me and my family. If anyone earned the title of the fifth Beatle it was George.

“From the day that he gave The Beatles our first recording contract, to the last time I saw him, he was the most generous, intelligent and musical person I’ve ever had the pleasure to know.”

Sir George Martin produced over 700 records during his career. And, his legendary recording studio named AIR, on the Caribbean island of Montserrat in the West Indies, was the iconic locale where at least 67 albums were recorded during the 1980s including major works by The Rolling Stones, The Police, Michael Jackson, Dire Straits, Elton John and Duran Duran. Montserrat was devastated by a hurricane in 1989 but the worse was yet to come when in 1995 the Soufrière Hills volcano erupted which wiped out most of the island. AIR still remains, in ruins, on the edge of the volcanic zone. Check out this fascinating article on what it looks like today.

So, we offer a huge toast to the legendary music visionary, Sir George Martin.

AND, in a weird coincidence, Paul McCartney announced a tour stop for Seattle’s KeyArena on April 17, 2016, as part of his “One on One” Tour. Tickets go on sale Monday, March 14 at 10am and can be purchased at KeyArena Box Office, Ticketmaster outlets, Ticketmaster.com, or charge by phone toll free at (800) 745-3000. All tickets subject to applicable service charges and fees. Dates and times subject to change without notice.

AND, more poo from the press release:

As with the launch of every new Paul McCartney tour, One On One promises to unveil a dazzling re-designed set, dozens of classics from the most beloved catalog in popular music, spanning Paul’s entire career–as a solo artist, member of Wings and of course as a Beatle—and no shortage of surprises.

One On One will open April 13 with Paul’s first ever appearance in Fresno, CA at the SaveMart Arena. On April 15, Paul will play the Moda Center in Portland, OR, ending the near-11-year stretch since his last show in the Rose City on the US Tour in 2005. The One On One tour will then proceed to Seattle, WA, for an April 17 evening at the KeyArena—a return engagement Seattle has been anxiously awaiting since the last notes of the encore featuring the living members of Nirvana that wrapped Paul’s sold out Safeco Field extravaganza in 2013. On April 19 and 20, Paul will roll into the Rogers Arena in Vancouver BC for two nights, returning to Vancouver for the first time since the magical evening at the BC Place Stadium during the final week of his On The Run tour in 2012. And on April 30 and May 2, Paul will visit two more U.S. cities for the very first time, appearing respectively at the Verizon Arena in Little Rock, AR, and the Denny Sanford Premier Center in Sioux Falls, SD.

One On One is the first new Paul McCartney tour since the juggernaut that was Out There came to its stunning conclusion on October 22, 2015 with Paul’s first ever concert in Buffalo, NY. Out There’s finale capped off an incredible 2015, in which the tour played 27 shows in 22 cities throughout the world, with highlights including Paul’s historic debut in South Korea—where the crowd at Seoul Olympic Stadium’s refusal to stop singing the refrain to “Hey Jude” literally forced Paul to reprise the song in the first encore, playing that signature bassline live for the first time—three nights at the Tokyo Dome and one at Budokan, a sold out stand at Paris’ majestic Stade de France, more than a dozen packed arena shows across the U.S., UK and Europe, and triumphant headlines at festivals such as Firefly, Roskilde, and Lollapalooza in Chicago—the latter a tour de force performance for a 100,000-strong crowd featuring a guest appearance from Alabama Shakes’ Brittany Howard on “Get Back.”

The Paul McCartney live experience is everything any music lover could ever want from a rock show—and so much more: Nearly three hours worth of the greatest moments from the last 50 years of music, dozens of songs that have formed the soundtracks of our lives. Paul and his band have played an unparalleled range of venues and locations: outside the Coliseum in Rome, Moscow’s Red Square, Buckingham Palace, The White House, a free show in Mexico for over 400,000 people, the last ever show at San Francisco’s Candlestick Park where The Beatles played their final concert 1966, and even one performance broadcast live into Space! Featuring Paul’s band of the last 10+ years – Paul “Wix” Wickens (keyboards), Brian Ray (bass/guitar), Rusty Anderson (guitar) and Abe Laboriel Jr (drums) – the show is never anything short of life-changing.

The One On One Tour will debut a brand new production, as always utilizing state of the art audio and video technology and to ensure an unforgettable experience from every seat in the house. Employing massive screens, lasers, fireworks and, of course, a staggering selection of the best songs ever written or performed, every Paul McCartney show promises a once in a lifetime evening that transcends and elevates the potential of live music.

Tickets for the newly announced dates will be on sale March 14 at 10am local time.

Paul McCartney is known for putting on a good show. And, he still has legions of fans. We’re guessing the crowds swarming to this show on April 17 will average out to be a tad bit older than Bieber fans hitting KeyArena for tonight’s (Wednesday, March 9th’s) show but will be just as passionate as the Beliebers.