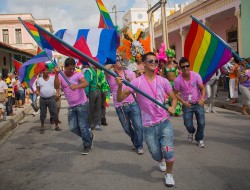 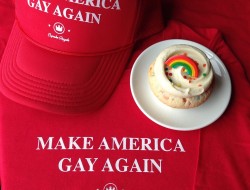 It’s just another in a long list of deliciously campy, gay Xmas treats we have to look forward to in Seattle.

Ham for the Holidays

and, now, A JOHN WATERS CHRISTMAS.

Yes, our favorite outrageous writer/director/provocateur, the one and only JOHN WATERS is coming back to Seattle for the 77th year in a row to Seattle Theatre Group’s Neptune Theatre in the U-District for his annual holiday show. It’s happening Friday, December 2, 2016 and it’s all-ages fun for the entire family and for anyone who enjoys the beloved humorist and his salacious tales from the sets of his beloved films like Pink Flamingos, Female Trouble, Hairspray and Serial Mom. Or, just enjoy hearing John’s naughty twisted outlook on contemporary life and society in general, political correctness be damned.

Tickets go on sale this Friday, September 9th at 10 am. Go HERE to snag’em.

STG Presents A John Waters Christmas at The Neptune on December 2, 2016.

John Waters (Pink Flamingos, Hairspray, A Dirty Shame) will perform an unforgettable night of holiday mischief with his critically acclaimed one man show, A John Waters Christmas. Waters pokes fun at the holiday season with adult-appropriate humor, effectively “putting the X in Xmas,” developing a show for the open minded and slightly left-of-center audience.

The cult classic, Baltimore-born filmmaker began his Hollywood success with now Broadway classic, Hairspray in 1988. Claiming his playful nicknames “Pope of Trash” and “Prince of Puke,” he maintains his image through his filmmaking and his personal presentation. Regarded as a shocking entertainer, John Waters carefully chooses his material and exploits it through a dirty lens. “It’s my obsession with Christmas: what I want for Christmas, what you should want, how to handle every holiday disaster,” Waters says. His rapid-fire monologue explores and explodes the traditional holiday rituals and traditions as he shares his religious fanaticism for Santa Claus, and an unhealthy love of real life holiday horror stories. Delving into his passion for lunatic exploitation Christmas movies and the unhealthy urge to remake all his own films into seasonal children’s classics, “The Pope of Trash” will give you a Joyeaux Noel like no other.