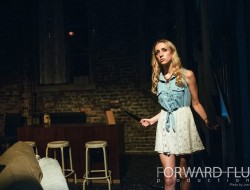 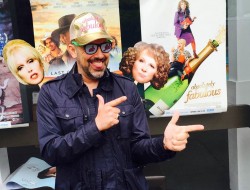 October 3, 2016 Comments Off on $25k Gets You Some Photo Love With Hillary At The Paramount Views: 2486 *The Strangeways Report, 2016 Presidential Election, Community, Community Events, Elections, Fundraisers, Mark Your Calendars, Media, News, Seattle News

$25k Gets You Some Photo Love With Hillary At The Paramount It’s good to be the king…

WE didn’t have to pay $25,000 for a photo with our pal Hills…as besties, we frequently like to “hang” with each other as we shoot the breeze and shop for pant suits online.

The rest of y’all will need to whip out your checkbooks to help get Hillary Clinton elected as the next President of the United States. Mrs. Clinton is popping into Seattle on the afternoon of Friday, October 14th for a fundraiser at Seattle Theatre Group’s gorgeous Paramount Theatre in downtown Seattle, exact times to be announced later.

A generous donation of $25,000 will get you face time/photo opp with the former Secretary of State/Senator/First Lady and preferred floor seating at the Paramount plus you get listed as a “Co-Chair”

Po’ folks have options too. $250 will get you a seat in the balcony and a chance to gayly wave at HRC across the gaudy expanse of the Paramount.

Here’s all your options. If you can’t attend, you can still donate to the HRC Victory Fund to ensure she defeats the Orange Menace come November.