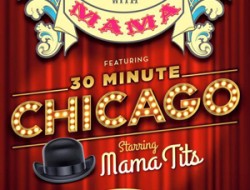 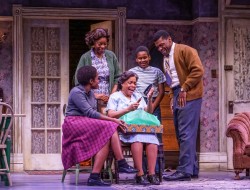 Tour producer/promoters Murray & Peter are aces in our book. They’re doing a terrific job of packaging up RuPaul’s Drag Race stars in fun tours like the “Season 8” tour that came through Seattle’s Moore Theatre in September starring the brightest names from the last season of RPDR: Kim Chi, Thorgy Thor, Chi Chi DeVayne and Naomi Smalls. And, unlike the rather blandly put together “Battle of the Seasons” shows put together by World of Wonder and Producer’s Entertainment, the Murray & Peter shows feature a far better line-up of DIVERSE performers.

Which is our nice way of saying that the Murray & Peter shows actually feature African-American drag stars like Chi Chi, Naomi, and Latrice Royale. Unlike that other tour.

Well, at the Season 8 show, it was announced from the stage that they planned on returning to Seattle for the holidays with an all new show and line-up and this week, Murray & Peter are letting the cat out of the bag: “A Drag Queen Christmas” national tour begins November 16 in Detroit and makes its way back to The Moore Theatre in Seattle on Monday, November 28, 2016. Tickets go on sale this coming Friday, October 7, 2016 at 10 am at Ticketmaster and the DragFans.com website. And, once again, this is an all-ages show so the whole family can come! (just be advised these ARE drag queens and sometimes the language does get a little…blue. Adorable Chi Chi DeVayne told a FILTHY tale at the Season 8 show…even I blushed and I’m a jaded old tramp.)

A few favorites from the Season 8 show will return: that filthy Chi Chi DeVayne (who wowed us with her gymnastically inclined performances that brought the house down which is a dangerous thing to do at a theater as old and rickety as The Moore), Kim Chi, Naomi Smalls and Thorgy Thor will encore Seattle for this Xmas show with Thorgy promoted to host for the evening. Bob the Drag Queen will not be returning though and instead, we’ll get two stars from the currently airing “Drag Race All Stars 2”: the very popular ALYSSA EDWARDS and the not quite so popular ROXXXY ANDREWS. Also joining the show: the eternally beloved LATRICE ROYALE and PEARL.

But, do note that this line-up IS subject to change based on availability of the talent and their schedules.

It’s interesting to see Roxxy’s name on there…is this her Seattle debut? Maybe? Since she was our beloved Jinkx Monsoon’s arch rival on Season Five, she’s never been super popular in Seattle. It will be RAAAAAAAL interesting to see how the crowd reacts to her presence and how she deals with it…

So far, Murray & Peter have only announced November dates for this show; December dates to be announced soon. Portland fans be advised that this show bops into the Rose City the day before the Seattle gig…Sunday, November 27th is your day to enjoy this cavalcade of perversion!