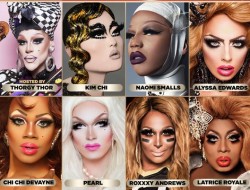 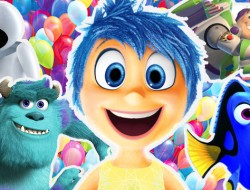 It amazes me that so many people don’t really understand Lorraine Hansberry’s landmark play, A Raisin in the Sun, her 1959 family drama about the Younger family of Chicago and their struggle to rise above the limitations imposed upon them by the world as well as their own fears and concerns. Theater companies and reviews always like to emphasize it’s about the struggle of the Youngers, and African-Americans in general, to overcome segregation and specifically restrictive covenants created by neighborhood associations to prevent African-Americans (or, any undesirable minority group) from moving into white only neighborhoods. They always tend to cite the fact that Lorraine Hansberry’s father led the fight against housing segregation and that was the motive behind her writing the play.

And, really…it’s not. Yes, the Younger family’s purchase of a new home in “Clybourne Park” (based on the real Chicago suburb of Washington Park) is ONE plot point in this play, and a major one. But, it’s not the only one, nor is it really the most important. A Raisin in the Sun is a major work of dramatic literature because of its ground breaking impact ON American theater but also because it’s about the African-American experience at that place and point in time and for this specific family while also representing the hopes and fears of an entire nation of black people.

It’s also a vehicle for Lorraine Hansberry to express her then very radical beliefs and ideals which included atheism, feminism, Pan-Africanism…oh, and she expresses tacit support of a woman’s right to choose abortion. “Raisin” is a actually a subversively radical piece of literature, despite the fact it’s wrapped in the framework of a “well made” play. But, like many plays of the post-World War II period, its basic structure hasn’t necessarily aged well; its plotting seems a tad formulaic, if not outright melodramatic and tinged with an hint of a television drama and A Raisin in the Sun’s three act/3+ hour running time is out of sync with contemporary theater making and play writing which emphasizes brevity and a faster pace of narrative.

Which is my polite way of saying that A Raisin in the Sun, despite the power of its messages and language, is a tad slow and long winded at times. I won’t be around to see it, but when its copyright expires in a few decades, I’m guessing some enterprising theater artist will adapt (radically prune) this play much like contemporary theater makers of today will offer up new versions of Chekhov, Ibsen, Shakespeare or any other writer in the public domain. Which is how old art gets “refreshened” and made relevant for new generations. (Note: A Raisin in the Sun is a classic American play. If you need a synopsis, go here. Life is too short for me to spend it writing a synopsis of a famous work you should have read in school….)

That said, A Raisin in the Sun is an important play..and, not just for its housing segregation plot thread. It’s important because Hansberry’s WORDS are important and all the other threads in her story are vital and fascinating looks at her psyche and how she perceived her world as an African-American intellectual, artist, activist, feminist, atheist, queer radical rabble rouser and provocateur. The great tragedy of Hansberry’s death, in 1964 at the age of 34 from pancreatic cancer, is our loss at not being able to experience her continued growth as an artist and activist and the future work denied us.

And, for me, the most interesting things in the play to note are the way she portrays the relationships between her various characters especially her points of view for male characters versus the female ones. To me, Lorraine Hansberry is obviously making very strong feminist stands with her women…there are three major female characters in “Raisin” and they all represent different aspects of a woman in late 50s America and specifically African-American culture of the time. There’s “Mama” Lena the strong, stoic matriarchal leader of the Younger family; Ruth, the pragmatic and practical wife/mother and Beneatha, the young daughter/sister going to college and exploring her options in the world which include “choosing” between two suitors, one representing a wealthy, capitalistic, assimilative culture and the other a revolutionary, vaguely Marxist, Pan-African one. Both those male characters (and Travis, the 10 year old Younger son/grandson in the play) are portrayed as rather simplistic cyphers/plot devices while the male lead, Walter Lee is weak willed, childish, selfish and both intellectually and morally inferior to his mother/wife/sister. I’ll argue that Hansberry is very deliberately portraying her women as strong and powerful and the men less so as a deliberate feminist statement. For that reason alone, “Raisin” still resonates as fascinating drama.

All this is well and good but what about Seattle Rep’s current production of A Raisin in the Sun, directed by Seattle actor/educator Timothy McCuen Piggee?

It’s handsomely produced and designed but it also seems to be a tad heavy handed at times and it’s interesting to note that Michael Ganio’s set features the dingy Younger apartment overshadowed by huge, totemic brick walls supposedly implying that the lives of the Youngers are overshadowed by….racism / the System / the brick walls of the ghetto they live in / their own dreams and failures / all or some of the above? While I loved Mr. Ganio’s set for the Rep’s Luna Gale last spring, I’m not in love with the heavy metaphor he offers here.

And I have to say, I’m not crazy about some of Mr. Piggee’s directorial choices. The pacing is funereal at times (the opening is RAAAAAL slow!) and there are moments that just don’t really work. There’s the famous “slap scene” when Mama Lena reacts very violently to Beneatha’s saucy anti-God remarks.  The staging here felt very contrived and clunky. And a scene with Walter Lee mocking Beneatha’s wealthy foppish suitor George as a “fag” complete with the actor mocking the character with an exaggerated mince, was tasteless, overdone and not really necessary to that scene. Also, rather surprising considering the fact Hansberry herself is queerly identified…why stoop to that level for a cheap bit?

I think the cast is mostly quite good. I admired the work of Denise Burse as Mama Lena (who vocally sounds a lot like the terrific late actress Ruby Dee who played Ruth in the original Broadway play and film) and Mia Ellis who plays Ruth here. Both actresses give strong powerful performances. But, I was most impressed with Claudine Mboligikpelani Nako as Beneatha. Nako has been giving excellent performances for the last few years in Seattle, including winning both the Gypsy and the Gregory Awards for her work in Book-It’s Little Bee last year where she played an African immigrant. Because the actress seems like she is most frequently cast as African (as opposed to African-American) characters that it was a great revelation to see her play a character like Beneatha, a boldly fresh and very American part. She’s just superb in the role and Beneatha is, for me, the most interesting of the four main Younger characters in “Raisin” due to the writing of the part and the performance by Ms Nako.

But, her strong performance does tend to overshadow other performances including Richard Prioleau as Walter Lee. Frankly, Mr. Prioleau seems a tad too young for the role; his Walter Lee is juvenile and immature and while the character is written as such, I think the role does require a bit more gravitas otherwise Walter Lee loses all potential for any sympathy. I very much admired Mr. Prioleau last year in Intiman and The Williams’ Project’s superb production of Tennessee Williams’ Orpheus Descending. Here, I think he’s about 5 years too young to play this role.

OK, here’s the tough part. Can I recommend this production? The play itself is dated, but important with some beautiful language and dramatic conflict. There are strong elements here to be enjoyed (Ms Nako and the other actresses; some fine costume design by Melanie Taylor Burgess). But I didn’t enjoy the sluggish pace, choices made by the director or some of the other casting.  If you’ve never seen a production of A Raisin in the Sun, then by all means add this to your list to immerse yourself in Ms Hansberry’s words…because the Younger family IS worth knowing. But….this might have to be a “Recommended with great reservations” for me, I’m afraid.

Tags: A Raisin in the Sun, Seattle Repertory Theatre