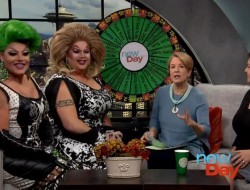 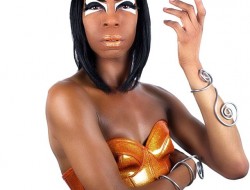 She was the iconic front for the seminal L.A. punk band The Bags and she’s since earned further acclaim for her work as musician, author, educator, and advocate for feminist, Latinx, queer causes but it wasn’t until June of this year that the amazing ALICE BAG released her first solo album neatly entitled Alice Bag. Characteristically, the album’s songs cover topics near and dear to her heart: sexual abuse and rape culture…immigration…corporate abuses. No topic is taboo for the artist who turns 58 on November 7th.

And, her fans can wish her an early happy birthday this Friday, November 4, 2016 at El Corazon, 109 Eastlake Avenue just off Denny. She’s headlining an all-ages show with:

Grab tickets HERE for this rare opportunity to see a pioneering punk musician.

More on Alice Bag, the artist and the album:

Iconic punk rock feminist, author, educator and musician Alice Bag released her self-titled solo debut album Alice Bag, on June 24,2016  on Don Giovanni Records. Alice Bag features all original material written by Bag and includes performances by some of her favorite LA-based musicians. As with all of Bag’s artistic endeavours, this album is unabashedly honest and unafraid…Her latest album single “He’s So Sorry” is a call to action for victims of domestic abuse. The mini-film for the girl-group pop infused single premiered with BUST Magazine and is available to post/share HERE.

Statement From Alice Bag
“He’s So Sorry” is a song of both urgency and agency.
Nobody should risk their life waiting for an abuser to change their ways.

I grew up around domestic violence, so when a good friend of mine asked me for help and advice, I recognized that she was in an abusive situation. Our conversations inspired this song. When I was growing up, my father would frequently beat my mother. I would often go to school wondering if my mother would still be alive when I got home. My mother would tell me that she stayed with my father for my sake because I needed to have a mother and a father. It was a different time and a different set of values.

As a child, I hated my father for beating my mother and I felt anger and frustration at my mother’s inability to leave. My mother WAS NOT to blame for the abuse – that is unequivocal –  but she did fail to recognize that she had the power to leave the situation. She was tethered by the fear that she wouldn’t be able to survive financially and by what I imagine was societal and familial pressure to stay in a dysfunctional marriage.

About Alice Bag:
Alice Bag was lead singer and co-founder of The Bags, one of the first wave punk bands to form in the mid-1970’s in Los Angeles, CA. She was featured in the seminal documentary on punk rock, The Decline of Western Civilization and went on to perform in other groundbreaking bands, including Castration Squad, Cholita, and Las Tres. She has published two books, including the critically acclaimed memoir Violence Girl which is now required reading in gender and musicology courses throughout the country + the self-published Pipe Bomb For the Soul, based on her experiences in post-revolutionary Nicaragua. Her influence on popular music is highlighted in the Smithsonian exhibit, American Sabor.