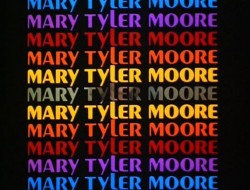 We Lost Our Mary 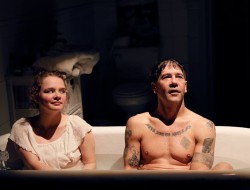 We LOVE a new show/venue in town.

Fortunately, local male burly queen/king star EmpeROAR Fabulous!!! has launched  brand new “mostly male” burlesque show happening in a new (well, at least new to us!) location down in the wilds of Georgetown. It’s TRICKED: A MOSTLY MALE BURLESQUE SHOW and it debuts on Friday, February 17, 2017 at The Conservatory at 5813 Airport Way South. It’s gonna be a monthly show (he’s already programmed the March show; they’re talking April off for the Seattle Boylesque Festival) and hopefully, it’ll be a fun new destination for Seattleites desperate for new shows/places to go!

Oh. It also looks like it’s an 18+ show (according to the poster) so a rare opportunity for the younguns to see a burly show!

Here’s more poo and do try and check it out:

When: February 17th, 2017Where: The Conservatory, 5813 Airport Way South, SeattleTime: Show at 8, Doors at 7Tickets: http://tricked.brownpapertickets.comTRICKED: A MOSTLY MALE BURLESQUE SHOW LAUNCHES FEBRUARY 17THEmpeROAR Fabulous!!! and The Marquis Façade unite to form Fabulous Façade Productions and unleash their first joint venture, Tricked: A Mostly Male Burlesque Show. Every 3rd Friday of the month, they will be exploring the mythos of The Trickster through Boylesque, Burlesque,  Drag of all genders, and other variety arts. Whether you’ve walked with Coyote or quarreled with Loki; whether you’ve taken a wrong turn with Bugs Bunny or said Beetlejuice one too many times, you’ll get to experience characters new and old, but never familiar. Or, if you’re the more esoteric or psychological (arche)type, you can come explore the issues Tricksters raise and complicate: hungers that get you into trouble; talking your way into, then out of, then probably back into a sticky situation; and the blurring of every line imaginable. Mostly Male, mostly burlesque, but don’t assume anything: we’ve got tricks.The inaugural episode of Tricked: A Mostly Male Burlesque Show will take place on Friday, February 17 th at The Conservatory, located at 5813 Airport Way South, in Seattle’s Georgetown neighborhood. Doors open at 7pm, and at 8pm the stage will be graced by Fosse Jack, Jesus la Pinga, Kiki Mustang, Mika Wish, The Marquis Façade, and EmpeROAR Fabulous!!!, the evening’s emcee. VIP ticket holders will be treated to an even more immersive experience with  reserved front row seats, a divine gift bag, and a tarot reading by EJ Mercury.Tickets are available at: http://tricked.brownpapertickets.com

For up to date event-related shenanigans, visit http://www.emperoarfabulous.com/tricked.html

Venue is wheelchair accessible. Please contact the producers to reserve space, or if you have other accessibility concerns.