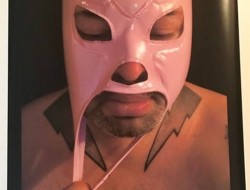 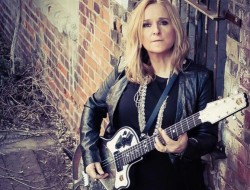 Keefee, the BJ Dealer is back in town this Friday at the Rendezvous!

Well, like comedy cholera, “Keefee’s House of Card” pops up in Seattle’s funkiest cabaret watering holes on a semi-regular basis.

Which is a great thing, ’cause Keefee is funny as shit!

For those of you unawares, “Keefee” is the brainchild of the very funny Seattle theater artist Stephen Hando and his “House of Cards” is his one man part improv/part interactive blackjack theater experience that really has to be…uh, EXPERIENCED, to be believed. Keefee, the character, is a genial gay Southerner who likes his drinkies and makes his living as a low rent blackjack dealer at even lower rent casinos. Keefee’s life is also a bit of disaster and resembles a Tennessee Williams play that’s been molested by a Truman Capote novella in the back seat of Flannery O’Connor’s Studebaker on the way to a BBQ/crawdad fry at Carson McCuller’s house.

Mr. Hando and Keefee are back in Seattle for a one night/2 show run in the delightful Jewelbox Theatre at the Rendezvous in Belltown with the all new installment: “Keefee’s House of Cards: Fuck This Shit!” (tickets HERE!) Which we’re guessing won’t be running any ads on KING TV or in The Times.  It’s really a must do event, especially if you like comedic interactive shows about sassy gay blackjack dealers.

More poo from the invite including a rather bland quote from me that I don’t even remember making but it must be true!

“Keefee…says all the things you wish that you could say at a table but never do.” — The Broadway Hour, Seattle

“…(the) balancing act between the plot and the game is masterful and exciting.” — Seattle Gay Scene

“Keefee’s House of Cards: Fuck This Shit!” is an improvisational, interactive, blackjack theater experience. Four lucky audience members will have the opportunity to play blackjack live with Keefee (he’ll be your sassy, unpredictable and often intoxicated dealer). You can buy a Player’s Pass (only $10) and play with Keefee on stage or you can sip a cocktail and watch the action from the comfort of your “General Admission” seat ($15 advance/$20 at the door). Whichever way you go, smart money says Keefee’s gonna show you a good time. (Just to keep the Gambling Comish’ off our backs, let’s be very clear. No money is won or lost. It’s all for pretend.) There will be two shows on April 14th (7:30 & 10:00pm) and they will be performed in real time. Anything that happens in the first show will inform the events in the second show. See them both and you get two completely different performances. The show takes place in the backroom of the Rendezvous and liquor will be served so audience is restricted to those 21 and up.

“So here’s the deal..my Momma’s got cancer, I’m stuck back in a condo by a causeway in New Smyrna Beach with fuck all to do and now to make my bad days worse..some dumbshit got picked to be president (Thanks once again, Florida! I mean I know the record’s public so I ain’t gonna lie to ya..I didn’t vote…but hey I registered to vote when I was at the DMV taking care of that DUI back in October and just yesterday I found my ballot under the matt in Mom’s car and I had marked ‘Hillary’ so don’t blame me.). It’s too much. I’m bored, I’m pissed, I’m horny, I’m broke and I’m ready to talk this shit out! So fuck it..I’m opening an underground blackjack table. No pit boss. No overhead cameras. Just you, me, some alcohol and a Shuffleator. Let’s play this! Ya gotta laugh kids cause if ya don’t…well..then life just sucks a dick.” –Keefee