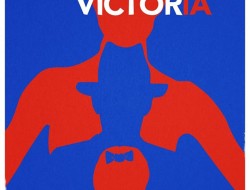 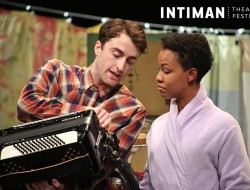 July 23, 2015 Comments Off on Tonight: The Stay Up Late Show Returns To The Rendezvous With Very Special Guests Views: 4035 Arts & Entertainment, Cabaret, Stage

Tonight: The Stay Up Late Show Returns To The Rendezvous With Very Special Guests As I write this, you have about 40 minutes (until 3pm) to buy advance tickets for THE STAY UP LATE SHOW, the long running quarterly talk/variety show created and hosted by the one and only Rebecca M. Davis, a Seattle national treasure.

Since time is of the essence (isn’t it always?) and I’m VERY lazy, here’s the nitty and gritty via the Facebook invite. If you haven’t experienced the very funny Ms Davis and one of her shows, you really should.

FEATURING:
**Jo Jo Stiletto: Professor of Nerdlesque AND the Mayor of Seattle Burlesque.
**Writer / Performer David Schmader: Stranger columnist who’s currently at work on Weed: A User’s Guide, which will be published by Sasquatch Books in Spring 2016.

‘How-To Biscuit-from the Trailer to the Table’ with the Original Biscuit Bitch, Kim Spice!

Inside the Terrific Jewel Box Theatre, you will witness the most Amazing Live Talkshow/Cabaret

Plus Games, raffles, and MUCH MUCH MORE!

*Featuring Cheesecake yums from The Confectional, Biscuit Bitch and much much more!

For those of you just joining us: The Stay Up Late Show is 2 FABULOUS things: 1) a LIVE quarterly Talk show/ Cabaret (HOSTED BY REBECCA Mmm DAVIS!), 2) A Producing organizing focused on stimulating seasoned artists to make NEW work, and introducing NEW artists to Established Audiences.