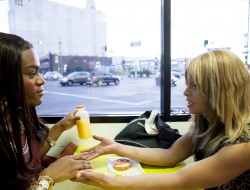 If CH Block Party Or Seafair Ain’t Your Thing,... 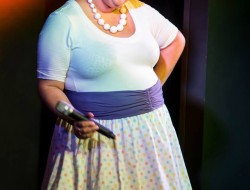 Our Dear Demented Friend Craig Trolli is one of the stars of Victor/Victoria and frankly we’re shocked he hasn’t harassed us into promoting this show since normally he’s all over that shit like a duck on a June bug…he must be maturing.

Someone check on Ms Trolli!

He’s undoubtedly preparing for tonight’s Grand Opening Gala Premiere for Victor/Victoria, the local queer bar debut for the musical based on the 1982 film by Blake Edwards and starring Julie Andrews. It’s the gender bending tale of a “girl” (Julie Andrews was like 90 when she originated the role, thus the air quotes) who heads to Gay Paree to become a star but ends up starving until an old queen rescues her, and turns her into a cross-dressing singing cabaret superstar named Victor/Victoria. (The gag is, she’s a woman pretending to be a man, pretending to be a woman….got it?) Wackiness ensues when Victoria falls in love with a visiting gangster who’s accompanied by his ditzy showgirl girlfriend and his closeted bodyguard.

Fun is then had by the entire family old enough to enter Re-bar.

It’s all based on a German film from the Weimar era called “Viktor/Viktoria” so you KNOW it must be good, right? It has all those Teutonic “k”s in it….

It’s a limited run, so snag those tickets NOW!

WHERE: Rebar, 1114 Howell ST., Seattle WA in the heart of The Meat District…