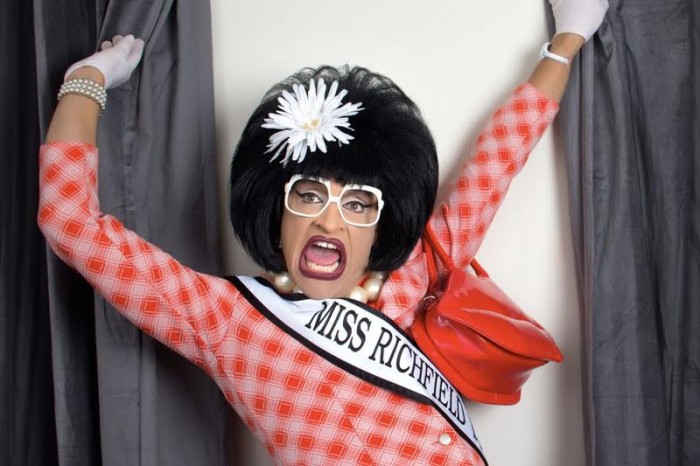 The LEGENDARY Miss Richfield 1981 is making her Seattle debut with her brand new show “2020 Vision: A Survival Guide To The New World!”  Known for her unique take on audience participation, and comedic songs and videos, Miss Richfield will bring her message of hope –or at least survival—to Century Ballroom’s West Hall on April 20 and 21 at 8pm.  We promise it’s not her announcement for a 2020 run for the Oval Office.

Miss Richfield’s live performances have received critical acclaim with The New York Post, declaring Miss Richfield 1981  “the must-see act in Provincetown.” and The Chicago Sun-Times describing Miss Richfield as “Garrison Keillor meets Mary Tyler Moore”. In addition to selling out theaters and nightclubs each year in New York, Chicago, South Florida, Palm Springs, Atlanta, San Diego, and Minneapolis, Miss Richfield 1981 is the best selling act in Provincetown, MA filling the Paramount Theater at the Crown & Anchor nightly throughout the summer. AND NOW WE ARE LUCKY ENOUGH TO HAVE HER IN SEATTLE, not just for one night, but  two glorious nights that will warm your heart and make your belly hurt from laughing so hard you might think you remembered to do those sit ups you’ve been trying to get to!

Her national appeal includes riotous appearances on “The Tonight Show” and “Today” on NBC,  “Cake Boss” on TLC, “Watch What Happens Live” on Bravo, and, most recently, as a television spokesperson for Orbitz.

What makes a Miss Richfield 1981 show unique is the interactive format combining edgy improv with a Midwestern homespun warmth that stems from her creator, Russ King. A former journalist and Minnesota native, King created the character with a rich history that begins with her life-long goal of being crowned beauty queen of Richfield, a first-ring suburb of Minneapolis where “butter is a spice, and gravy is a beverage!”  Delicious!

We were lucky enough to sit down with Miss Richfield 1981 in advance of her shows at the end of the month and what we experienced, was, well, WOW.  Read for yourselves:

L.A. Kendall: I’m so honored that you had time for a little Q & A! For such a “Midwestern Maven” you sure get around!  Do you spend much time in your hometown anymore with such a busy showbiz career?

Miss Richfield 1981: I’m rarely home these days, as the gals at my church in Richfield keep buying me bus tickets to go someplace else. It’s amazing, but every time I get home, there on the screen door of my trailer is another bus ticket to go someplace else. Their love and support is really touching! And easing the pain of travel is my Pamprin with codeine that I get from Mexico, which makes time zones irrelevant!

LAK:     Your name indicates that you are a titleholder.  Give us some background on that experience.

MR81: It was a beauty pageant July 4, 1981, on a simple plywood stage in Richfield, Minn. And like so many beauty queens, I won that title with my natural beauty, my baritone vibrato and a fire that horribly disfigured all 11 other contestants when Trudy Olson lost control of her flaming batons. I was the only contestant to stop, drop and roll, which is also how I do my hair. So after they hauled off 9 contestants to the burn unit, and a couple others to the morgue, I was the only one left to receive the hand-glittered sash, shiny tiara, and a power lawnmower. Beauty and hardware go hand-in-hand in Richfield!

LAK: In addition to juggling a busy showbiz career, you also have spokesperson on your resume – for Orbitz, I believe.  That’s a big gig for a showgirl!  How did you land that?

MR81:   It’s a bit of a mystery for me too, as everybody knows I’m in the Greyhound Mile-Long Club! I think it was one day on the P-town beach when I was in my light blue two-piece bathing suit with support hose. That is so important when you’re on the beach to wear pantyhose that have an opaque modesty panel and reinforced toes. Otherwise you’re digging sand out of who knows where for the next two weeks. Anywho, they asked me if I had plans for the next half hour, and 4 drink tickets later, I’m a spokesperson! I love it!

LAK:   ….and you’ve also been on The Tonight Show and the Today show?!  You really get around, don’t you?

MR81: Yeah, I try to keep a low profile, but it’s hard when your hair is teased to Jesus … well, popularity has its penalties! And of course it’s flattering to be included on such shows, but I didn’t even get drink tickets for either of those!

LAK: You have achieved a lot for a Queen that isn’t a RPDR alum. What do you think about the current state of drag culture?

MR81: I think it is remarkable to see these gals on TV – it’s almost like they’re normal people! And such work they do with dance moves, walking the runway, and making your own clothes. Yikes! I don’t know if I could do it! I rely on sale tables for most of my fashion wear – strictly insisting all my gowns are 100 percent polyester, fire-resistant and made in the Philippines, where the children know quality stitching!

LAK: If you were to be roasted, name 3 Queens you would want on your roasting panel, and why you could want them there.

MR81: 1) Dina Martina, my good pal from Seattle, would be my first choice because she is local, so we’d save on transportation costs. 2) BenDeLaCreme, since she is originally a Midwestern gal herself. 3)Vonda Kay Van Dyke, Miss American 1965, as she is the only queen in history to win both Miss America and Miss Congeniality in the same year!

LAK: Tell us a little bit about what we can expect from your show.

MR81: My new “2020 Vision” show has new music, new videos, new chatter, and most importantly a new message for our new world! I want to offer people a message of hope – or at least survival! You know Armageddon is not an easy topic to cram into an hour, but I’ve done it and created a fun, toe-tapping look at the end of the world. It’s also always a bonus when I remember the words to the songs, but I ask folks not to count on that until late June! So please invite neighbors, co-workers, friends or enemies! Just think about who deserves it, and buy them a ticket!

LAK: So you won’t be announcing a run for The White House.  Dang.  Well there goes that dream.  Um, have you ever been to Seattle before?

MR81: I visited years ago when I was heavier, just before my beauty career really took off. I toured the area with a distant relative of the Pederson Fryer Farms empire, right there in Seattle. Needless to say, I’ve been poultry fan ever since. I also brought my crinoline along and made my way around the dance floor of the Timberline. I know the chickens are gone, but I hope that country western dancing is still around!

LAK: I hate to disappoint, but I am not sure where.  Those of us who are old enough to remember mourn the loss of the Timberline along with you. What are you most looking forward to seeing on your visit to our fair city?

MR81: The bus depot – that means I’ve finally arrived. Also I think you can tell a lot about a city just as you step off the bus. I like to see those individual TV’s that take quarters, so I can catch an episode of “Matlock” while I’m waiting for my luggage.

LAK:     Any advice for people who’ve never been to a Miss Richfield 1981 show before?

MR81:    I love giving advice and consider it part of my role as a beauty professional. With that in mind, I’d like to offer your readers a word of advice my mother gave me on my first day of school:

I think she’s trying to say that it’s pretty easy to hook up at her show.  Another fabulous reason to attend! A night out at the historic Century Ballroom (West Hall), a hilariously entertaining show, and the possibility of hooking up after.  What more could you ask for?!

What a difference a week makes! The town of Province 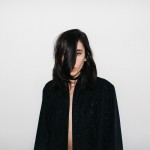 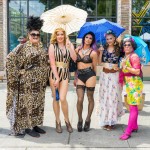