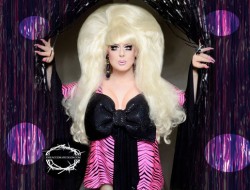 A Very Candid Conversation With The Lady Bunny On... Out gay Seattle Mayor Ed Murray announced today he will not seek re-election but will serve out the rest of his term.

In a surprising turn of events, embattled Seattle Mayor Ed Murray announced today that he has decided not to seek re-election to the office of Seattle Mayor. In recent weeks, Murray has been accused of sexual misconduct with minors with a lawsuit filed against him for alleged actions dating back to the 1980s. Murray has denied the accusations and many in the community have speculated that Mayor Murray has been the victim of a political witch hunt to discredit him.

Today’s announcement has shocked many in Seattle’s LGBTQ community who supported Murray and expected him to continue fighting the allegations while campaigning for a second 4 year term.

Mayor Ed Murray announced today that he will serve out the remainder of his term, through the end of 2017, and focus on completing the historic work of his administration to make Seattle a more affordable, equitable and livable city. During his term, Mayor Murray has overseen the implementation of the Mandatory Housing Affordability program, requiring developers to fund or build affordable housing for the first time, the nation’s first $15 minimum wage in a large city, major expansions in support for parks and preschool, policies focused on gender equity such as paid family leave and wage transparency and an overall effort to ensure that, as it grows, Seattle remains a livable city.

“The mayoral race must be focused on the urgent, important issues facing our city, but those are being overshadowed by the false allegations against me, which have hurt the City, my family and Michael,” Mayor Murray said. “As a poor kid from Alki, being mayor of this city has been the opportunity of a lifetime. I am proud to have been part of some remarkable achievements that, for my entire life, people told me would never happen – from the civil rights bill to the ring I wear on my finger – and I plan to continue fighting for equity long after I am mayor. To the people of Seattle, thank you for the opportunity to serve you and this great city for more than two decades.”

Elected as Seattle’s 53rd mayor, Murray has championed equity during his term in City Hall. Murray kicked off his term by bringing business, workers and advocates together to implement the nation’s first $15 minimum wage in a major city, helping ensure people who work in Seattle can afford to live here. He then accomplished the famous “Murray Way” again, working with developers, advocates, environmental groups, and others to develop the Housing Affordability and Livability Agenda and convince voters to double the housing levy, building thousands of affordable homes in the City. Where others fought the Justice Department, Mayor Murray put the City on course to historic police accountability reform, hiring Chief Kathleen O’Toole and working with DOJ and the federal court to address critical issues in the Consent Decree. And after the election of President Donald Trump, Mayor Murray made Seattle the center of the resistance, declaring Seattle would remain an inclusive, welcoming, Constitutional City, where all residents would have access to city services and be part of our community.

Throughout his term, Mayor Murray has focused on the most pressing challenge facing Seattle: homelessness. Too many Seattleites call our streets and green spaces, overpasses and doorways home. Mayor Murray worked with national experts to identify reasons the system was not working efficiently or was not fully capable of addressing the growing scope of the crisis, and he acted. Each day, dozens of City staff work out of the Emergency Operations Center to help people living on our streets get the individualized services they need and a customized pathway to housing. This is one step in Mayor Murray’s aggressive leadership in addressing the homelessness crises.

These policies followed his years as a leader in the LGBT community, where he spearheaded the LGBT civil rights bill and marriage equality as a state legislator.

Mayor Murray will serve through the end of 2017, with the goal of completing the many efforts still underway, including the implementation of Pathways Home, the City’s plan to address homelessness through individualized services and outreach; getting the City out of the Consent Decree; and funding critical education programs that shrink the opportunity gap between white students and Black and other students of color. Mayor Murray’s commitment to equity has been the lifeblood of his administration and more than two decades-long political career.