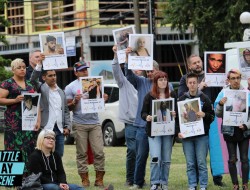 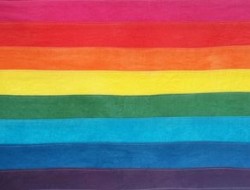 Delvonn Heckard, the man who claimed Ed Murray sexually abused him as a 15 year old child, has withdrawn his lawsuit from King County Superior Court.  Heckard, through his attorney, Lincoln Beauregard, stated he wants to complete drug rehabilitation and be plans to refile the case next year, after Murray is out of public office.

Seattle Mayor Ed Murray and the man that accused him of sexual assault, Delvonn Heckard.

In court filings, Heckard’s attorney believes the mayor benefits from his position of power as Mayor of Seattle and has, “successfully tainted the jury pool with false information about the accusers, including Mr. Heckard.”  They said they do not believe Heckard would receive a fair trial.

Murray, was planning to run for a second term as Mayor, but dropped his bid last month after this lawsuit emerged.

Malaika Eaton, an attorney for Murray, said in an email the timing of the dismissal “raises questions, given that it occurred only one day before Plaintiff was required to provide answers to questions under oath that we believe would have, along with the objective and undisputed medical evidence, shown his accusations against Mayor Murray to be false.”

“That aside, we are pleased that the case is now dismissed. The excuses Plaintiff has made for this dismissal are just that, excuses, and were rejected by the Court when the Court denied Plaintiff’s motion to move the case out of Seattle,” she added.

Murray has scheduled a 3 p.m. appearance Wednesday at City Hall to respond to the development.