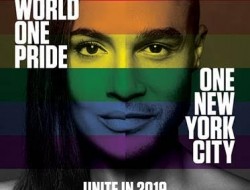 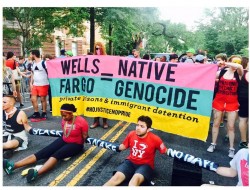 When 49 people were killed last June in Orlando’s Pulse nightclub, the nation was quick to respond with opinions. What role overseas terrorism played. Why the shooter targeted a gay club on Latinx night. What we should do about gun violence in America.

Many readily shared their calls to action while others still reeled with the shock and grief of the massacre. Friends of friends were dead. Daughters of coworkers were gone. Cousins of lovers would never come home.

The tragedy still weighs upon the queer community as a heavy loss. So when I saw that Donald Byrd of Spectrum Dance Theater choreographed and directed a performance piece in response to this loss, I was hesitant to see it. Who wants to relive the pain of waking up to the news that people like you were killed just for being people like you?

In the end, however, I was convinced to give it a chance; it seemed right to honor the deceased by supporting queer art. The performance is staged at the Seattle Repertory Theatre and features a diverse array of young dancers. While the show is divided into two parts, there is no intermission to indicate a transition. The first part includes a variety of intellectually challenging dance pieces that require—and receive—unending commitment from the performers. The movements are contemporary, assertive, and sometimes even celebratory: a stark juxtaposition to the jarring thrum of the static in the unmusical soundtrack.

In this first portion, spoken word text by David Wojnarowicz becomes the vocal focus, with a mixed media display of his original video recording set to dance. As bodies fall to the floor or tear away from one another in apparent shame, the pain of Pulse Orlando comes closer to the surface like the beating of a nervous heart.

But the second portion transforms that pain into abject sadness and loss. Actor Craig MacArthur delivers an eviscerating performance of a victim of violence who has lost the ability to communicate, move, or remember as he could before the attack. MacArthur’s stage presence and believability while portraying a character—and his inner personalities—is nothing less than genius.

The character’s lines are from the play Marrow written by playwright Brian Quirk, and jab in spherical directions: toward humor, impatience, self-pity, irony, rage, and passion, all simultaneously.

Amid the din of Bob Ostertag’s seemingly arrhythmic buzz, the sole discernible song is Jennifer Lopez’s “Waiting for Tonight.” Its arrival feels like bittersweet, nostalgic relief from the lyric-free clamor that elevates the tension throughout the performance.

Dance standouts include Blair Jolly Elliot (who also delivers a haunting spoken word performance), versatile Sherman D. Wood, and Alex Crozier, choreographer of “Millennials” which debuted earlier this year in Seattle. But truly, the entire company of dancers works as a cohesive unit to provoke and captivate the audience. Between this dance ensemble, the astounding acting talent of MacArthur, Quirk’s honest writing, and Byrd’s intriguing choreography and direction, (Im)PULSE is an incredible work of challenging art.

A word of caution: the show is cerebral, emotionally charged, and jagged. It can easily pluck the stitches of the wounds we suffered after the Pulse shooting. It’s a performance to be met with no small degree of resilience while sustaining an open heart.

But in this time of commercialized celebrations and reality TV worship, (Im)PULSE stands as a whetstone on which to sharpen your resolve and erode your defenses.

(Im)PULSE will continue playing at the Seattle Repertory Theatre through July 2, 2017. Tickets are available here.