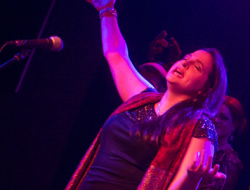 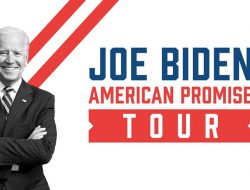 Long a familiar face in western Washington theatre circles, Caitlin Frances is part of an All-Star Seattle musical theater cast in a new musical at Taproot Theatre, based on the Jane Austen novel Persuasion. In the interest of full disclosure I worked with this charming actress last January on a staged concert of the musical Mack & Mabel, in which she was both a director pleaser and a crowd-pleaser. Opening any new show,  let alone a new musical is taxing effort, but in her spare time the lovely Miss Frances offered to shed some light on both her show and her own career with our readers.

David-Edward Huges: For those of us who think Jane Austen begins and ends with the much adapted for film/tv/stage Pride & Prejudice give me the Cook’s Tour version of the story of the show and how your character fits into it.

Caitlin Frances: Persuasion revolves around the lives of the widower Sir Walter Elliot (Nick Desantis) and his daughters Elizabeth (Chelsea LeValley) Mary (Kate Jeager) and Anne (Cayman Ilika). At the center of the story is Anne Elliot whose engagement with a young Sailor, Fredrick Wentworth (Matthew Posner), was thwarted by her Godmother, Lady Russell (Caitlin Frances) years ago because it was deemed an unsuitable match. As we begin the show Fredrick Wentworth has just returned, having “succeeded handsomely” as a Captain in the Navy but is harboring hurt feelings over the rejection from a much younger Anne while Anne is still holding out hope for a union with the now successful Captain Wentworth.

The writing team has done a glorious job of keeping intact Austin’s tightly woven story. True love allows the heroine, Anne, to rise above the stifling social conventions of her time and find her meaning of home and marriage on her terms.

The show takes us from the Elliot families Estate home of Kellynch Hall to a neighboring land owner’s house to Lyme and finally to Bath. I am playing three glorious women: Lady Russell – the widow of a Knight and Godmother to the Elliot girls; Mrs. Musgrove – a widow landowner and neighbor of the Elliot’s, and Mrs. Hargrove – a Sea Captain’s wife in Lyme. It’s a challenge and a joy to find the subtle and not so subtle differences in status for each of these ladies as we play and create the story.

DEH: You’ve done other original musicals and adaptations of new musicals…my question would be how has it been working with this team of Chris Jeffries (Music & Lyrics) and Harold Taw (Book).

CF: A complete pleasure! At a recent rehearsal with the orchestra many of us were trying to figure out which of the songs was a favorite and couldn’t. They are clear, easy to work with and always making changes that better every moment. If they disagree or have any issues with each other I never see it. They seem to be in perfect harmony.

DEH: Is it fun being in the playground with so many of the more recognizable faces and younger Seattle talents. Are you the old lady of the cast ? (LOL)

CF:  HA! Yep, I’m the most…um…seasoned women in the cast. I’ve worked with Kate Jaeger, Nick DeSantis, Matthew Posner and Chelsea LeValley before but Ryan Childers, Sophia Franzella, Randy Scholz are new to me. I’m having a wonderful time getting to play with them. At rehearsal, there’s never a dull moment or a joke left unsaid. Each and every cast member is bringing their “A” game.

DEH: What is the difference between working on a new musical here and the ones you’ve worked with other places (no names need be mentioned) ?

CF: The time that Harold Taw and Chris Jeffries have put in since this show originated at 5th Avenue Theatre’s inaugural NextFest: A Festival of New Musicals in 2015 shows. And, Taproot Theatre has a lovely atmosphere with a commitment to keeping a positive environment as best as they can. That commitment to creating a joyful place to create goes a long way toward making what could be stressful moments easier and more manageable. Solid communication between all the directors, designers, writers and musicians is palpably supporting us as we create this story together for the first time.

I’ve survived a few other new musicals that didn’t have this level of cooperation and collaboration and it’s very difficult. This team makes it easy.

DEH: Describe the struggle of being a day job person, night time Theater person, and still having time for your husband and child.

CF: When I sit down with the rehearsal and performance calendar for the first time it’s like doing a 5,000 piece jigsaw puzzle to include my son’s crazy schedule, my husband’s crazy schedule and mine. I’m fortunate that I have a day job that is at home which allows to be here with my son for a few hours each day before heading off to the theater and the Taproot schedule is very generous with days off. My husband is completely supportive of what I do and our family of three does fairly well, all things considered. Date nights with the husband are the hardest to come by but I think that’s just a having-a-kid kind of thing.

DEH: What is on the slate next? Or, what do you want to tackle that is fresh or different from something you’ve done recently?

CF: Persuasion is the last thing I have booked at the moment. It will wind up being three musicals in a row for me in 2017; Mack & Mabel, Cardinal Sins and Persuasion. Whew! The most recent musical prior to Mack & Mabel was in 2014 – Jerry Springer: The Opera. I’ve got a few ideas for work I’d like to do and people I’d like to work with but can’t really focus my energy in that direction until this one opens.

A: The Princess Bride

Q: Favorite thing you have ever had happen in a show and least favorite

A: Favorite: There’s so many favorites! I loved the moment at the top of Act II of A Little Night Music when, as Charlotte, I got to say, “Happy Birthday to me”.

Least Favorite: That time when that actor was drunk during a show, didn’t sing any lyrics and almost threw up on me during a scene.

Q: What Theatre Company in Seattle today do you most admire and why?

A: There are so many! Yeesh. Sound Theatre would have to top my list right now. They are thoroughly committed to diversity in all aspects of theater while trying to create a more compassionate world through their storytelling. It’s impressive.

A: Live by: Jerk
Let Slip: Fuck. Oh, my son calls me out and there’s some point system where I lose points…

Q: When you are greeted by God upon arrival and through the Heavenly Gates what do you hope she says to you first.

A: Thank you for being the best you.

The World Premiere of Persuasion: A New Musical is this Friday, July 14th at Taproot Theatre in north Seattle and runs through August 19, 2017. For tickets, go HERE!