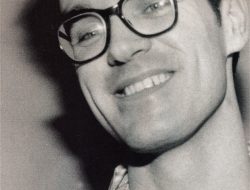 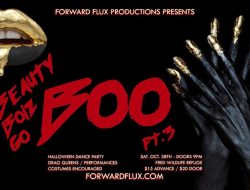 Haven’t a clue, but we’ll give it a shot… First up is Seattle Shakespeare Company’s really, really not interesting take on Shakespeare’s JULIUS CAESAR, their opening production for their 2017/18 indoor season. Since Seattle Shakes and Book-It Rep mostly share the Center House/Armory theater space, when one of them has control of that space, the other has to seek alternate homes when they have shows in production at the same time. While Book-It stages its mostly excellent I Know Why The Caged Bird Sings, the Shakes’ crew has migrated a few hundred feet west to take over the Cornish/former Intiman theater which is considerably larger than the Armory, a detail which really doesn’t work to the Shakes’ advantage. It’s easy to not only make the 200 seat-ish Armory space look full but the stage as well…it’s a helluva lot tougher to fill both the house and the stage at Cornish’s massive home.

Julius Caesar is probably one of the most misnamed of Shakespeare’s plays since it’s really about Cassius and Brutus, the Roman nobles who plot to kill Caesar…in reality, this play should be called “The Assassination of Julius Caesar” since the play focuses far more on the killers than on Caesar himself. And, we come to one of the first problems with Seattle Shakes’ production: Caesar is played by Peter Crook in a very funny and sly performance but it’s really a supporting role (albeit a vital one) and the actors playing Cassius and Brutus aren’t nearly as much fun which is partly their fault, I suppose, but also has a lot to do with the bland direction by George Mount, the artistic director of Seattle Shakespeare.

Bradford Farwell is basically fine as Cassius, the chief instigator in the assassination plot. Mr. Farwell is a good actor but he’s just in “Shakespeare Actor Mode” here; it’s a competent performance but it never really lifts. Meanwhile, another good actor, Reginald Andre Jackson as the more reticent Brutus, just seems under enthused and under energized. I don’t know if his severe underplaying was a deliberate choice on the part of the actor and the director or maybe the actor was battling a cold or physical ailment but it wasn’t a very inspiring performance. Since Cassius and Brutus are the driving forces of the drama, the lack of spark in these castings/performances is already problematic.

Since the director is supposedly the one in charge of it all, we’re gonna j’accuse Mr. Mount of being the perpetrator in the many crimes of this dull Julius Caesar which suffers from more than misdirected main actors. The entire production feels off center, under populated and vague in purpose and tone. This production is set in “modern” times and the actors are in contemporary clothing and the production design features several large video monitors that feature constantly scrolling news ala CNN and while it’s a clever touch, it never really adds anything of value to the proceedings; it’s mostly distracting. In fact, when I was bored by the actors on stage, my eyes tended to wander to the videos (well edited by MJ Sieber and featuring actual news footage with newly created footage featuring Mr. Crook as Caesar). But, the videos really aren’t integrated into the story…they’re just set dressing. Why not actually play a scene or two IN video footage to better incorporate the video/modern aspects into the story?

And, in the second half of the play when war is declared among all the various factions of the story, the modern dress is mostly discarded and the various factions are in a mish mash of different “Roman” battle armors with mismatching sandals and swords. They’ve mostly dropped any semblance of being “modern”. There’s also the issue of it all feeling underpopulated…Cornish/Intiman has a big thrust stage and Julius Caesar is all about the Roman Mob yet this mob has about 8 people in it. If Seattle Shakes can’t afford to snag another 5 or 6 interns from Cornish College of the Arts (most productions at Seattle Shakes feature 2 or 3 student interns) then at least STAGE the crowd scenes to look more…CROWDED! Use set pieces and lighting to create a sense of  a thrashing enraged crowd seething with a mob mentality! Instead we have fewer than a dozen actors vainly trying to create that sense of “crowd” and failing through no fault of their own. The same is true in the boring battle scenes as the same handful of actors clamor about trying to seem impressive in awkward attire. It just doesn’t work.

What does work: Mr. Crook as Caesar who charms as the oily, rather insincere Caesar complete with obvious toupee. The scenes with Caesar (and that wonderful wig) are the best bits of acting and direction in the entire production. Too bad the whole show couldn’t follow this tone.

Also good: Tyler Trerise in multiple roles as the Soothsayer (“Beware the Ides of March!!”) and Octavius bringing his usual sense of energy and urgency. And, Chantal DeGroat in a gender switched Casca bringing some fresh, contemporary grit and humor to her role.

But, a funny wig and a handful of energized performances cannot save this Caesar. Katya Landau in Stawberry Theatre Workshop’s production of “Why We Have A Body” Photo: John Ulman

Strawberry Theatre Workshop has been on a roll so far this year with a strong production of Proof in January and an exceptional production of Lydia this summer. Their fall production is an odd little drama, WHY WE HAVE A BODY and while it’s nicely directed, acted and designed, I haven’t much to say about it because while the play has its charms, it’s such a slight piece of drama that it almost wafts out the front door at 12th Avenue Arts to gently toss and flutter in any wayward breeze. It’s one of those pieces of dramatic literature that you’re either going to embrace or else shrug and give a wan smile and say, “Not really my cup of tea, dear….”

WWHAB concerns a quirky little family consisting of Eleanor, an odd mom off exploring the harder to access parts of Latin America and her two daughters, Lily, an odd but somewhat practical lesbian private detective, and Mary, the very odd younger sister who seems to have some emotional issues; Mary enjoys robbing convenience stores “for fun”.  The play really centers mostly on Lily and her relationship with Mary but also her romantic pursuit of Renee, a seemingly heterosexual married scientist who has a lot of doubts about her heterosexuality. Over the course of the short one act play, we see Lily pursue and develop a relationship with Renee while trying to steer Lily into dealing with her many issues. Once in awhile, Mom checks in with some pithy words of wisdom while trekking through Brazil. The End.

It’s a thin slice of cake, but Why We Have A Body is a rich, fruity confection. It’s nutty and ripe and very precisely crafted, like a short story by your favorite writer in The New Yorker and playwright Claire Chaffee has done a fine job of creating these uniquely fey characters and giving them body and soul. The relationships are interesting, though the mother character seems a bit too disconnected from the rest of the story. It’s very much what it is: a quirky mood play from 1993 and Rhonda J. Soikowski has done a fine job of staging it. It’s a trifle of a play and probably best enjoyed by people who enjoy literary theater and/or plots involving women characters. All four actresses are nicely cast and do strong work here with the main standout being Katya Landau as the convenience store robbing Mary; she does a great job of giving depth to such an airy character.

I liked the modest smallness of Why We Have A Body but it’s wispy charms won’t be for everyone.

It all depends on what kind of tea you like.

2 Responses to Reviews: The Bland & The Odd