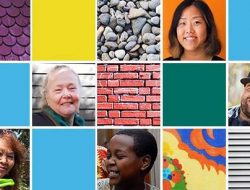 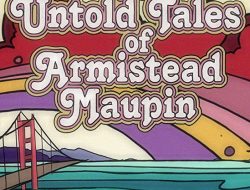 TWIST Opens Thursday With “The Untold Tales of Armistead... The Seattle Public Library and TWIST: Seattle Queer Film Festival are teaming up for a film screening and “a facilitated discussion about gender diversity” on Thursday, October 19th at the Northwest Film Forum, 1515 12th Avenue. The film to be shown is “Genderize”, which won the Audience Award  for Best Documentary Short at the this year’s Translations: Seattle Transgender Film Festival.

Note this is a FREE, non-ticketed event. Seating is first come/first served.

Library events are free and everyone is welcome. Registration is not required. The film is 13 minutes and not rated.

Following the screening, attendees are invited to join an open discussion facilitated by Aidan Key, director of Gender Diversity and founder of the Gender Odyssey conference. Questions are welcome at this educational evening. Attendees will gain a working vocabulary of current terms, more understanding of gender-nonconforming people, and tools for how to be a transgender ally.

Are you new to transgender concepts?  Join us for a screening of GENDERIZE (Audience   Award   winner   for   Best   Documentary   Short,  Translations 2017).  Director Chase Joynt interviews three young siblings who share their thoughts on gender. Four years later, they exhibit a more developed perspective,  exploring privilege,  sexism,  puberty,  and parenting.  Following the screening,  join an open discussion facilitated by Aidan Key, director of Gender Diversity and founder of the Gender Odyssey conference.  Bring your questions to this educational evening:  gain a working vocabulary,  more understanding of gender-nonconforming folks,  and tools for allyship…then make your way across the hall for TRANS SHORTS!

This program includes a short film: