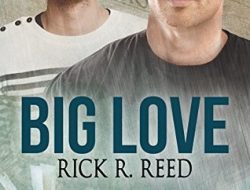 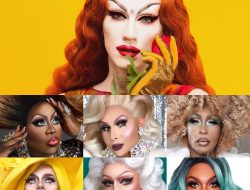 November 3, 2017 Comments Off on Reviews: Catching Up With “Strippers” and The Sharks of “63 Trillion” Views: 2340 *Seattle Theaterland, Arts & Entertainment, Reviews, Stage They’re frequently self-indulgent, rambling and ultimately not particularly interesting. The worst of the lot fall victim to the actor/creator’s ego and collapse under the weight of their own hubris. Seventy to ninety minutes of “Look at ME!” and “Aren’t I Special?!!!?? Aren’t I?????” can make for a weary evening of theater when the subject isn’t that charismatic or talented.

FORTUNATELY, Seattle actor/performer Nik Doner has charisma, uniqueness, nerve and talent to spare and his autobiographical almost solo piece CUDDLING WITH STRIPPERS crackles with electricity and raw honesty. It isn’t afraid to tackle the darker sides of Mr. Doner’s life and personal history as a cancer survivor and recovering addict of multiple addictions including booze, drugs and…well, uh, strippers. The actor has created a fascinating look at his struggles over the last few years utilizing video footage from his past (mostly drunken party footage) with personal experiences from coping with testicular cancer to numerous arrests for drunken driving usually enroute from one of his favorite stripper clubs. With the aid of two back up dancers/strippers playing various roles, he tells his tale with much bravado and great use of his physicality as an actor as well as his talent for voice work. Cuddling with Strippers (which debuted at Seattle Fringe Fest earlier this year and is now being reprised at 18th and Union’s theater space on Capitol Hill) is a fascinating warts and all look at a very messy life.

It’s also too long and desperately needs a strong dramaturg to help Mr. Doner shape the piece. It does ramble at times (which is somewhat appropriate for a piece about drug & alcohol abuse; they do tend to ramble) but despite identifying with moments in the piece, including Mr. Doner’s very funny description of the weird creepy eroticism involving sonograms on erogenous parts of the body, I did find my attention languishing by the end of the evening. Mr. Doner’s charm and talent make the show worth seeing but a good pruning and reshaping would certainly make a stronger artistic statement. Director Hannah Victoria Franklin does a nice job of staging here but there are moments that could be tightened and the two dancers put to better use. Both of them, Hannah Ruwe and Malika Usmanova had great chemistry with Mr. Doner; they could actually be MORE involved in the piece.

Recommended for fans of self-expressive cabaret theater and the talents of the artists involved. Sandbox Radio is known for their fun, themed variety shows that recall radio shows of the past that they perform live and recorded for their podcast. They have now ventured into producing a full stage production of a new comedy play by John Bunzel, 63 TRILLION which aims its satirical arrow at the shenanigans of an investment firm undergoing a financial meltdown over the course of a few days. It’s directed by local actor/Sandbox Radio co-founder Richard Ziman and despite being produced in the small Fremont theater space West of Lenin, features a superb cast of high caliber actors including four Equity actors: Peter Jacobs, Charles Leggett, Terry Edward Moore and David Pichtette.

The two act play is flawlessly designed and presented with a handsome office set design by Leslie Law and sharp costume design by Jocelyn Fowler. This production is easily the artistic equal of any show done at ACT or Seattle Rep…in fact, in many ways, 63 Trillion seems very similar to the Rep’s spring production of Dry Powder also about the shady dealings of Wall Street types. Sadly, it’s also just as clunky as that play with similar types of cardboard stereotypical Evil Corporate characters and plots.

63 Trillion has the benefit of some crackling dialogue; Mr. Bunzel has a knack for snarky banter. And, Mr. Ziman does an admirable job of moving the story along; the dialogue and direction have energy and the show never really drags. But, it also never really soars due to the over the top characters and situations presented here which basically deals with in-house rivalry between competing teams of investment managers fighting over clients and deals. It’s Mr. Leggett as a blustering bully partnered with his milquetoast partner Mr. Moore against the buffoonery of David Gehrman’s shady clown against the bizarre management style of kooky Mr. Pichette. Peter Jacobs is also here as a nervous client; Amontaine Aurore amuses as the sarcastic company lawyer and Jason Marr is the lapdog assistant with his own agenda to pursue…he’s desperate to “succeed in business”. It’s a clever cast but also one trapped in a trivial story.

There are things to admire here…handsome design and an excellent cast but the actual plot of 63 Trillion isn’t very coherent (or logical) and it does start to ramble in the second act as it desperately tries to tie up all the loose plot ends. It is funny at times but it’s also a LOUD kind of desperate funny….and, there’s too much reliance on gross out humor including unnecessary vomiting and vulgar jokes that don’t really go anywhere.

Recommended for fans of the talent involved and Sandbox Radio.