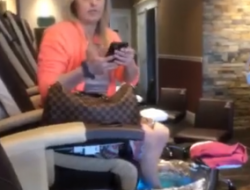 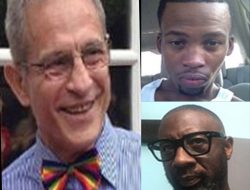 Fantastic Z, one of Seattle’s oldest LGBTQ specific theater companies, has announced their line-up for their annual New Works Festival set for February 15th and then a weekend run of February 20th through 23rd at the 18th & Union Arts space on the very top of Capitol Hill.

This year’s festival will consist of two programs: a full length production of the new play IT’S ONLY KICKBALL, STUPID by Caroline Prugh, a charming lesbian romantic comedy and then “B-SIDES”, an evening of short new works which will play for two performances (Friday, February 15th at 7:30pm and Saturday, February 23rd at 2pm. $10 suggested donation.)

A bittersweet comedy about that first crush.

Fiona returns to her hometown and runs into her very first 6th grade crush Margo.  The two reminisce about recess and flash back to the playground in 1988 when new girl Fiona Moore and popular girl Margo Finley combined forces to bring the girl’s kickball team to victory over the boy’s.

Back then, Fiona was unable to understand why she had such strong feelings for another girl.  But now when they meet again as grown ups, is there still a spark of that grade school crush?

B-SIDES
Friday February 15th at 7:30pm
Saturday February 23rd at 2pm
A suggested donation of $10 at the door

As is Z’s tradition, we will alternately feature staged readings of 5 short plays telling stories from our LGBTQIA+ community that  we call B-SIDES.

With 3 directors, an ensemble of 5 actors, and your imagination these short plays come to life.

OR FOREVER HOLD YOUR PEACE
By Joe Breen

PLUS ONE
By John Bavoso

*JOIN US February 23rd for the FULL FESTIVAL with B-SIDES at 2pm, ITS ONLY KICKBALL, STUPID. at 7:30, and an ARTIST TALK BACK to follow.

Fantastic.Z is Seattles LGBTQ theatre company. An artist founded and run company presenting the Puget Sound with quality theatre focused through a queer lens.  Fantastic.Z strives to bring fierce, entertaining and passionate theatre while giving a voice to the LGBTQ community and its allies. Fantastic.Z Theatre is a not for profit 501c3 company.