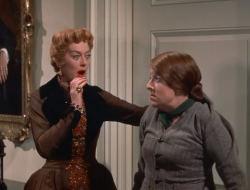 We’re more than just a tad bummed that NEW CENTURY THEATRE COMPANY has just announced they are closing up shop after nearly 10 years of staging exceptional theater productions in Seattle. The scrappy young theater company debuted in 2008 with a powerful and compelling production of Elmer Rice’s The Adding Machine with a brilliant cast headed by Paul Morgan Stetler and Amy Thone and directed by John Langs. Since then, the company has staged new works like Stephanie Timm’s Tails of Wasps as well as classic works like Kafka’s The Trial plus area premieres of major new works like the Pulitzer Prize winning play The Flick.

I’m lucky I got to witness 14 of the 16 plays they produced over the last decade and while I didn’t love every one of those productions, every New Century Theatre Company production always featured superb elements including attention to thoughtful design as well as casting of superbly talented area actors like Mr. Stetler and Ms Thone plus Hans Altwies, Emily Chisolm, Darragh Kennan, Peter Dylan O’Connor, Michael Patten,  MJ Sieber and Jen Taylor.

The loss of NCTC is a loss for Seattle, our theater community and area theater lovers.

A toast to their decade of success.

After 10 years of producing bold, honest, groundbreaking theater, Seattle‘s award-winning New Century Theatre Company (NCTC) is closing its doors at the end of 2017.

Founded in 2007, at a time when the major theater companies in Seattle favored out-of-town talent, NCTC gave a group of accomplished local actors a voice in the creative process and the opportunity to pursue passion projects. Starting with its inaugural show, The Adding Machine, NCTC became known for its bracingly theatrical storytelling, high-caliber productions, and deep pool of artistic talent. The company helped launch the careers of many of Seattle’s best-known theatre professionals and helped pave the way for other innovative and risk-taking theatre organizations.

The company’s decision follows the departure of several longtime and founding members to pursue other opportunities and leadership roles in the arts—as well as a realization by the remaining members that their own busy careers made it increasingly challenging to maintain a collectively run organization on a lean budget and with a tiny part-time administrative staff.

As one of the few mid-level theatre companies in the region to pay its artists professional wages, NCTC maintained a steadfast commitment to supporting the working artist. Despite ever-present financial challenges in meeting this commitment, NCTC is debt free as it closes its doors.

NCTC’s acclaimed productions include The Trial, Mary’s Wedding, Tails of Wasps, The Flick, Festen, and The Big Meal. The company also produced dozens of play-readings in the popular Pipeline series at Solo Bar in Uptown. For the past three seasons, NCTC was a resident company at 12th Avenue Arts on Capitol Hill.

The company would like to extend its heartfelt gratitude to everyone who has supported NCTC over the past decade, including audience members, donors, sponsors, guest artists, affiliate artists, partner organizations, and past and present staff and board members.

Past and Present NCTC Company Members: