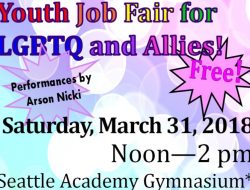 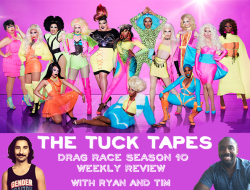 The Museum of Pop Culture (MoPOP) will kick off its 2018 Pop Conference with a summit on music, activism, and the #MeToo #Times Up movement. In recent months, individuals from all walks of life especially within the arts, entertainment, and media have come forward to share their experiences of sexual harassment. This year’s Pop Conference keynote panel will discuss the topic within the context of music, gathering women from different generations and musical perspectives to talk about activism, artistic expression, and finding one’s voice within the din of today’s revelations and debates.

This is just one of dozens of round tables, panels and discussions to be held over the 4 day summit. Other panels include:

“Genre and Gender” with:

WHAT: THE SYSTEM MUST MAKE ROOM FOR ALL THAT WE DO: A Summit on Music, Activism and the #MeToo #TimesUp Moment

TICKETS: Included with Pop Conference registration. $28 general public/$25 MoPOP members. Includes access to all Pop Conference events as well as four days of complimentary admission to MoPOP galleries (excluding special exhibitions) and welcome reception. Space is limited. Seating for all Pop Con events including the summit is not guaranteed and will be on a first-come, first-served basis. To register, visit MoPOP.org/popcon.

Moderator Ann Powers is a critic and correspondent for NPR Music and the author of several books, most recently GOOD BOOTY: LOVE AND SEX, BLACK AND WHITE, BODY AND SOUL IN AMERICAN MUSIC. She has been a member of the Pop Conference program committee since the gathering’s inception in 2002.

Jackie Fuchs is a Los Angeles-based entertainment attorney, writer, and activist. Also known as Jackie Fox, she was the bassist for the pioneering all-female rock band The Runaways, from 1975 to 1977. After leaving the group she worked as a records promotion executive and music publishing professional manager before returning to school to earn a B.A. in Linguistics from UCLA and a law degree from Harvard. As an attorney she has represented numerous well-known actors, directors, and musical artists. In 2015, Fuchs re-entered the public eye when she told the story of being raped by the late Runaways manager, Kim Fowley, at a party in 1975. Her courage in coming forward sparked a public discussion of sexual assault in the music world that was a direct precursor to today’s #MeToo moment.

Kiran Gandhi performs and records under the name Madame Gandhi. She is an electronic music artist and activist based in Los Angeles. She studied mathematics at Georgetown University and worked as the first ever data analyst at Interscope Records before going on to receive her MBA from Harvard. Having gained recognition as the former drummer for artist M.I.A., and as the viral free-bleeding runner at the 2015 London Marathon, Madame Gandhi now produces music that elevates and celebrates the female voice. In 2016, she released her first EP Voices and in 2017, she toured as the opening act for Ani DiFranco. Madame Gandhi is currently working on her debut full-length album and has completed three marathons.

Paloma McLardy, also known as Palmolive, founded the influential punk band The Slits in 1976. Born in Spain, galvanized by punk’s explosive energy, she took up the drums and crafted an iconic style that favored passion and imagination over technical prowess. The journalist Vivien Goldman has said, “The Slits created a new paradigm for being a woman.” In the words of Palmolive, “We were four fearless young women who came together and exploded as a cultural bomb, irritating a sensitive societal nerve. We were pretty unconscious of our potency, and yet we were certain that we did not want to conform to the roles prescribed to us as women.” After three years in The Slits, Palmolive migrated to The Raincoats, with whom she recorded an album and then left the music scene altogether. Both groups were at the center of a movement that revolutionized the face of music and culture. In the past year, Palmolive’s influence has been chronicled in Here to Be Heard: The Story of The Slits, a documentary by William Badgley, as well as Jenn Pelly’s book The Raincoats. Following her time as a musician, Palmolive spent 16 years teaching Spanish to young children in Hyannis, Mass. This summer, she plans to start a new chapter and write a book about her experiences.

Megan Jasper is CEO of Sub Pop Records. She has worked at the label, off and on, for more than 25 years, making her way up to the top from the position of receptionist. Under her leadership, Sub Pop has evolved from grunge groundbreaker to an eclectic label whose sub-label, Hardly Art, is particularly known for nurturing women-led bands including TacoCat, Chastity Belt and La Luz. Megan is also an athlete who has raised more than $100,000 through her charity runs.

Victoria Ruiz is the cofounder of Providence, Rhode Island’s Downtown Boys, called “America’s Most Exciting Punk Band” by Rolling Stone and “the perfect cure for the great American apathy” by Flavorwire. The band has released three albums, most recently 2017’s Cost of Living. Ruiz is also the cofounder, with bandmate Joey DeFrancesco, of Spark Mag, an online project of the grassroots organization Demand Progress that allows musicians to openly discuss their political views and activism efforts.

Francisca Valenzuela is an American-born Chilean poet, singer, writer, activist, fashion designer, and entrepreneur. She has published two books and released three albums, and is founder of her own label, Frantastic Records. Her eclectic, adventurous music has gone gold in Chile and she is a Latin Grammy nominee. She is the founder of Ruidosa, an all-woman festival that has taken place in Santiago and Mexico City. Ruidosa has expanded to be a feminist arts collective doing activist work throughout Latin America and the U.S., including its recent investigation into gender discrimination within the three largest Latin music-oriented awards organizations.

On April 26 – 29, 2018 more than 150 presenters will convene at the Museum of Pop Culture for this annual event showcasing ambitious music writing of all kinds bringing together musicians, fans, academics, and critics into a collective conversation. This year’s theme “What Difference Does It Make? Music and Gender” will explore many eras and categories including feminism, queer pop, masculinity, black music, genres, futurism, instrumentation, and religion.

Since 2002, the Pop Conference has encouraged unique inquiry into the nature of the pop phenomenon, and has resulted in multiple publications, including three collections of essays: This Is Pop: In Search of the Elusive at Experience Music Project, Listen Again: A Momentary History of Pop Music, and Pop When the World Falls Apart: Music in the Shadow of Doubt. These successes have secured the conference as one of the foremost venues for discussion of music in the world.

The Museum of Pop Culture (formerly EMP Museum) is a leading-edge, nonprofit museum, dedicated to the ideas and risk-taking that fuel popular culture. With its roots in rock ‘n’ roll, MoPOP serves as a gateway museum, reaching multigenerational audiences through collections, exhibitions, and educational programs, using interactive technologies to engage and empower its visitors.  At MoPOP, artists, audiences and ideas converge, bringing understanding, interpretation and scholarship to the popular culture of our time. MoPOP is housed in a 140,000 square foot Frank O. Gehry-designed building. This spectacular, prominently visible structure has the presence of a monumental sculpture set amid the backdrop of the Seattle Center.

Tags: #MeToo, Activism and the #MeToo #TimesUp Moment, MoPOP, Museum of Pop Culture, The Pop Conference, THE SYSTEM MUST MAKE ROOM FOR ALL THAT WE DO: A Summit on Music