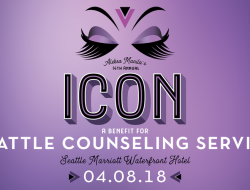 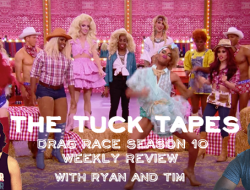 Review: The Great Leap Manages To Shoot And Score Theater and sports are a mix that doesn’t go down particularly well for most fans of the one and not the other. Yes, that is a gross generalization and there ARE folks who watch the Tony Awards every year and belong to Patti LuPone Fan Clubs who also take off for the month of March to enjoy the “Madness” but…

Then, there is me and the thousands of “me’s” who only enjoy “balls” if Eliza Doolittle or Cinderella are going to them in order to fool Zoltan Karpathy or win themselves a prince.

Lauren Yee’s  THE GREAT LEAP features balls…basketballs…and since she’s a writer of Chinese descent who grew up in San Francisco as the daughter of a star player, her dad Larry Yee (who is also the center character in her play, The King of the Yees which ACT produced last year) and this play is ALL about Chinese basketball, you either have to accept its theatrical sportiness or you don’t.

Fortunately, The Great Leap manages to be quite the charmer despite the fact it takes awhile to get off the ground (I liked Act II a lot more than Act 1) and the far-fetched-ness of its ending. It’s one of those tiny cast of character plays so popular now (less actors to pay for professional theaters!!!) but the four characters are all richly and warmly drawn and the plot is twisty enough to keep an audience interested in the proceedings. All in all, it’s a shaggy charmer.

The play is centered on teenaged Manford, a short but scrappy Chinese American player who is determined to be a basketball star but also oddly determined to get to China for some reason it takes us awhile to learn. Despite the fact he is still in high school, Manford manages to sweet talk his way onto a local collegiate team that is soon to depart to China for an exhibition game. Using his superb skills and gift of gab, Manford convinces the coach to give him a shot.

That coach, Saul,  has a history with China; in the early 70s he visited the country and helped set up their basketball program including encouraging his translator Wen Chang to become the first major Chinese basketball coach by giving him all sorts of useful advice at winning basketball games as well as the eye of a very attractive and talented female Chinese basketball player.

Along the way we discover that Manford’s mom has just passed away and a photograph in her possession is what drives Manford in his quest to get to China to discover the secrets behind his mother’s life. Like how she managed to escape China at a time when few could immigrate to the West. Manford has a female cousin (of sorts) who tries to prevent him from going to China for the simple reason that this play takes place in the spring of 1989 as the student protests in Tiananmen Square were happening.

If you think those protests have implications for the plot of The Great Leap, you would be correct. By the end of the play, all the threads are neatly tied up (perhaps a bit too neatly) and we learn how all the characters interconnect with each other and the events of June 5, 1989.

The choppy nature of the first act can be blamed on the need to only tell bits of the story at a time…if Yee revealed too much too quickly the plot would collapse. And, there’s also the issue of the only white character in the story, Coach Saul who has to play himself as a middle aged schlub in the present 1989 scenes but also as a younger 1972 version in a flashback section and it really didn’t work. There’s a joke in the play about the Chinese coach Wen Chang looking the same in 1989 as he did in 1972 but Bob Ari, playing Saul, isn’t very convincing in his bad wig as a 20something version of his character. It makes for a funny visual but it doesn’t really jibe with the rest of the play. It’s an awkward joke. And, because modern playwrights can’t burden their works with “unnecessary” characters, you can’t have a young white male actor in the cast for one shortish flashback scene; you’d have to find another role for him to play to justify the expense of having him in the cast. Which ain’t happening in modern playwriting/theater making circa 2018.

It really is the warmth and charm of the characters that allow The Great Leap to succeed. Ms Yee has a knack for creating strong characters and clever dialogue. She’s a witty writer and her characters tend to sound smart and funny.

The strength of the cast also helps with Linden Tailor leading the pack in a very winning performance as the lead, Manford. It’s a good role for the actor and his innate charisma makes it a star making one.

Joseph Steven Yang’s dry delivery as the complicated Chinese coach Wen Chang is also a chief highlight. His character’s fate is a bit of a eyebrow raiser but part of the fun of the play.

This was a co-production with Denver’s Center for the Performing Arts (which debuted it) and their team is responsible for the excellent direction (by Eric Ting) and the handsome design including Wilson Chin’s puzzlebox set and the great lighting design by Christopher Kuhl and bold projections by Shawn Duan.

The Great Leap isn’t the greatest play of the year but it is an enjoyable relationship puzzle on an international scale with many terrific elements including Lauren Yee’s clever dialogue, whip smart performances and beguiling design. It’s worth a visit.