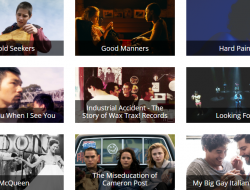 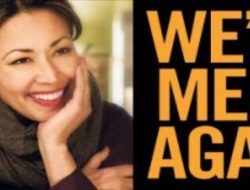 For fans of the Museum of Pop Culture (aka MoPop or EMP if you’re RAAAAAAL old skool….) there’s always something new to see as well as stuff to anticipate.

And, stuff to say good bye to…

So, right now everyone is all atwitter over the huge Marvel Universe exhibit which just opened but there’s another new big exhibit coming up in August, for music fans in general but Seattle “Grunge” fans in particular….local iconic band PEARL JAM is getting their own show starting August 11, 2018 called PEARL JAM: HOME & AWAY.

It’s also time to say farewell to the long running Star Trek exhibit which is closing up shop on May 28th but they’re having some special events the weekend of May 11-13th.

May the force of Trekdom be with you!

The poo on Trek:

SEATTLE – Following a successful two-year run at the Museum of Pop Culture (MoPOP), Star Trek: Exploring New Worlds will close on May 28, 2018 and embark on a national tour. Fans will get a final chance to view the exhibition in Seattle and attend a series of special Star Trek-themed events. Tour venues and dates will be announced soon.

Tickets: $17-$28. Buy online at MoPOP.org. Access to general admission galleries included. Does not include special exhibitions. Pearl Jam is getting their own big exhibit at MoPop in August. Photo: Danny Clinch

And, poo on Pearl Jam:

SEATTLE, WA – The Museum of Pop Culture (MoPOP) announced today the opening of the most extensive exhibition celebrating the music of Pearl Jam. Organized by MoPOP in collaboration with Pearl Jam and Ten Club, the exhibit will feature more than 200 artifacts directly from Pearl Jam band members and their Seattle warehouse. Pearl Jam: Home & Away (#PearlJamHomexAway) will coincide with the band’s Seattle concerts dubbed the “Home Shows” and opens to the general public on August 11, 2018.

“With the help of the talented crew at MoPOP, we’re using the idea that we started with at PJ20 and taking the Pearl Jam Museum to a whole new level,” says Kevin Shuss, Pearl Jam archivist and videographer. “Focusing on items from tours and memorabilia from the band’s warehouse, the exhibit will be a must-see for any Pearl Jam fan.”

“This exhibition will give an intimate first-hand look at Pearl Jam’s journey from 1990 to the present and into the future,” says Jacob McMurray, Senior Curator, MoPOP. “From their beginnings as one of the originators of the “Seattle Sound” and the grunge phenomenon, to their sustained global impact as one of the most popular and respected bands in the world, Pearl Jam’s story is still unfolding as they continue to sell out shows world-wide and use their stage to further social and political consciousness.”

Pearl Jam: Home & Away will be included with MoPOP general admission and will remain on view until early 2019.

MoPOP is a leading-edge, nonprofit museum dedicated to the ideas and risk-taking that fuel contemporary popular culture. With its roots in rock ‘n’ roll, MoPOP serves as a gateway museum, reaching multi-generational audiences through collections, exhibitions and educational programs, and using interactive technologies to engage and empower its visitors. At MoPOP, artists, audiences and ideas converge, bringing understanding, interpretation and scholarship to the popular culture of our time.MoPOP is housed in a 140,000 square foot Frank Gehry-designed building. This spectacular, prominently visible structure has the presence of a monumental sculpture set amid the backdrop of the Seattle Center. For more information, visit MoPOP.org.

Ten Club was born from the remains of the Mother Love Bone Earth Affair – a fan organization started by Pearl Jam in 1990 as a way for the band to give back to their fans and create a community around Pearl Jam’s music and culture.