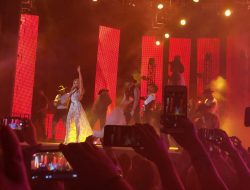 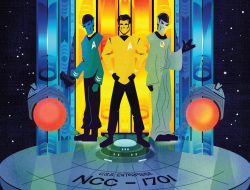 SO, when it cinematically rains, it REALLY effin’ pours in Seattle since we have 13,839 film festivals happening at any given times…..it’s no wonder they tend to overlap.

Case in point….right this VERY second since not only is the Translations Film Festival going on, but the Seattle International Film Festival also opened their box office this past week and announced all their films and events and drunken parties for their annual May/June festival (not to be confused with their other year round programming.)

BUT, while there’s still a buttload of LGBTQ films to check out for SIFF 2018 (I’m counting at least 32 under the LGBTQ tab) there’s one tradition that’s been sent to the glue factory.

There’s not going to be a Gay-La this year.

For those of you in the dark, the Gay-La was SIFF’s annual queer screening gala/party event that normally happened towards the last week of the festival and always at the Egyptian on Capitol Hill with a party afterward at some nearby gay-ish venue. The films screened varied between silly frothy comedies or, less rarely, serious dramatic looks at issues of importance.

But, they’ve pulled the plug this year, so I went snoopin’ around to ask:

SIFF’s Head Artistic Curating Director, Beth Barrett: “We decided that since we have such a wide variety of films from such a diverse range of voices, that this event wasn’t quite as necessary. The entire festival is full of LGBTQ programming, it’s very well represented, we have over 30 gay focused films and we’re proud of that.”

Works for me!
In the meanwhile, you need to be heading over to the SIFF Festival website to peruse all the films OR if you’re a purist type, just check out the LGBTQ films HERE.
They include queer documentaries on designer Alexander McQueen (McQueen), fashion journalist André Leon Talley (The Gospel According to André ) and playwright Terrence McNally  (Every Act of Life)….also, star studded dramas from award winning directors with Disobedience with Rachel Weisz, Rachel McAdams, and Alessandro Nivola starring in Oscar®-winning director Sebastián Lelio’s (A Fantastic Woman) newest film. There’s more woman-centric drama with Director Madeleine Olnek’s (The Foxy Merkins) new film, Wild Nights with Emily about the secret passions of poet Emily Dickinson.

There’s also many foreign language films from around the world including several from South America and Asia.

So much to cover in the weeks ahead….SQUEEEEE!!! for film nerds!

It’s all happening May 17th through June 10th.

And, here’s a handy guide on HOW TO SIFF!