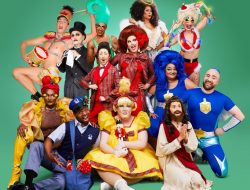 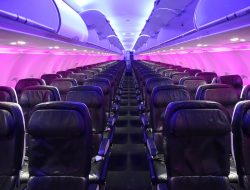 Other highlights include a Cher themed SMC concert with special guest Chad Michaels, from RuPaul’s Drag Race and the queen of Cher impersonators.

Seattle, WA –The Seattle Women’s Chorus (SWC) leap into their 15th year of concerts with Hear Me Roar in October and the Seattle Men’s Chorus (SMC) wind down the season with Summer of ’69, a musical commemoration of the 50th Anniversary of the Stonewall Riots. Special surprise concert guests will be announced in the coming months.

SWC expands their outreach to South Puget Sound by adding a new venue in Burien to their concert line. In addition a new mixed ensemble group, comprised of members from both SMC and SWC, will make their debut at the 2018 holiday concert. Each season they will perform tight-harmony, contemporary a cappella pieces at community events and select SMC and SWC concerts.

Season subscriptions are on sale now. Single tickets go on sale on Tuesday September 4, 2018 and the best seats are expected to go quickly.

This blowout concert marks 15 years on stage. It’s filled with throwback favorites, pop extravaganzas, and fresh choral sounds that mark where the chorus has been…and where they are going!  The music of Katy Perry (“Roar”), Melissa Etheridge (“I Run for Life”) and Alicia Keys (“Superwoman”) illuminate stories of strength, survival, and hope as the worlds of disco, Broadway and Hollywood blend together for an epic celebration.

Jingle All the Way

SMC is ringing in the season with a high-spirited celebration that brings together all your favorites: beloved carols, fresh takes on holiday classics, and show-stopping dazzlers that will have you on your feet! Featuring “Silver Bells,” “Do You Hear What I Hear,” “Jingle Bell Rock” and many more moments of pure Holiday joy.

Believe: The Music of Cher

Six decades of #1 hits. 100 million albums sold. Countless reinventions. No other diva compares to the Goddess of Pop and her groundbreaking success as a music, movie, and style icon. SMC packs McCaw Hall with all the songs, sparkle and sequins you’d expect from the ultimate Cher tribute. Guest-starring Chad Michaels, the uncanny Cher impersonator who hair-flipped his way to the championship of RuPaul’s Drag Race: All Stars.

Woodstock. The moon landing. Vietnam. Stonewall. In the summer of 1969, current events churned into a psychedelic era of rebellion and change. SMC transports us back to this vibrant year through the chart-topping, culture-defining music that blared through turntables and transistor radios. Joining with a coalition of LGBTQ choruses across the country, we also present a thrilling new musical theater work that tells the stories of the Stonewall riots and the birth of the struggle to live life out loud, a message that still resonates today.

Our Mission: Our voices transform society through innovative and entertaining programs that build community, illuminate the experiences of LGBTQ people and their allies, expand inclusion, and inspire justice.

Our Vision:  A more harmonious world that celebrates the unique identities and talents of all people.