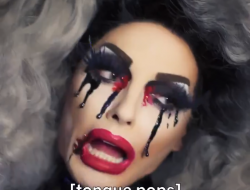 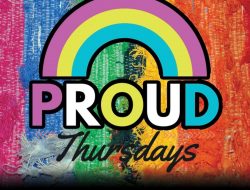 In Seattle’s film loving community there’s room for EVERYTHING…

Most of the films tend to be oriented more towards the “straight” side of the sexual spectrum but queer material is also covered including about a dozen short films of interest to LGBTQ audiences.

Here’s more details about some of the queerer films screening:

“THE FIX”: short screening Fri, 9/7 at 7pm with the Opening Night Feature: Fantasy

A surreal queer farce about a young man struggling with a cock-sucking addiction. It doesn’t help that he works at a corn dog restaurant.

“I wouldn’t have expected that you were tailor-made for my bathtub.”

Intimate pampering between two women that will make you goo-goo ga-ga.

The party is dwindling inside but their passion is catching in the garden. His cell phone’s persistent ringing distracts his erection. Disappointed, she disappears into the woods. He stumbles after her but finds Queen Kong instead.

Curves, stretch marks, curly hair. Dressed in their nudity and colorless bars of paint, they merge and embrace. They fuck in their blissful mess, haphazard limits diminished to silky grey smears.

Camille, a recent widow, falls into a strange, long-distance courtship with Delphine, a librarian – who also happens to be Camille’s deceased husband’s first wife.

Five strangers are trapped in orifice bondage and only their sexual release can set them free.

“We are the F*cking World” the short (33 minute) screening Sat, 9/8 at 7pm with SECS Feature: I am Valentina Nappi

These shorts explore how sometimes even the most sex-positive and informed still have fear and anxiety about sex.

A night out, an old friend, and a special treat coalesce in this poetic narrative about a queer relationship.

From celibate teenage bible thumper to post-teen lesbian, Skyler, now trans masculine and nearing middle age, feels he missed out on something during his youth. Sex. Not the queer kind he’s been having. But something a bit more… standard. A sweet coming-of-middle-age sex documentary about fulfilling a long-standing fantasy and losing your virginity.