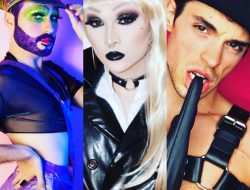 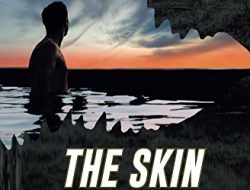 The Many Fascinating Sides of Sir Cecil Beaton Featured in “Love, Cecil” Sir Cecil Beaton CBE (1904-1980) was many, many things. An acclaimed photographer of the British Royal Family, High Society, Celebrities and the “Bright Young Things” of  1920s/30s London of which he was one of the most glittering and talented of examples.  An Academy Award/Tony Award winning costume/set designer most notably, for My Fair Lady.  A deliciously acerbic and wry diarist. A bon vivant. A very hard working artist, always looking over his shoulder. An obvious queer man in a time when being obvious could be dangerous.

A new documentary film opening today at Northwest Film Forum examines all those very many sides of Beaton plus quite a few more.  Lisa Immordino Vreeland’s Love, Cecil examines the fastidious, demanding artiste but also acknowledges other facets of Beaton including the grittiness of his World War II photography as well as the cattiness of feuds with other artists like My Fair Lady’s very gay director George Cukor.

Here’s more about the film/Beaton from NW Film Forum’s website. If that entices you, then seek out Beaton’s diaries….for history lovers, Anglophiles and fans of juicy dish about gay celebs from the 1920s through the 1970s, the Beaton Diaries are worth checking out. Photographer, costume designer, documenter of a city in wartime, art director, cartoonist, columnist, writer of acerbic diary entries: Cecil Beaton did all this and more. A veritable 20th century Renaissance man, the Briton made his name as a trendsetter and artist who kept his finger on the pulse of English and American society for over a half-century. Welles to Jagger, Garbo to the Queen Mother: seemingly every person who was someone in English-speaking culture passed in front of Beaton’s camera at one point or another, all captured in an immediately striking style that reads as both stark and ornate.

Lisa Immordino Vreeland’s documentary follows Beaton’s career in more-or-less chronological order, mixing the personal and societal dimensions in a life that demanded such treatment. Using a deft blend of archival footage, photographs, conversations with Beaton, interviews with friends and sundry figures, and lengthy extracts from Beaton’s diaries (read by Rupert Everett), Love, Cecil emerges as a faithful document of an indefatigable, innovative personality: one who, above all, recognized the power of images.