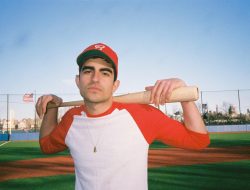 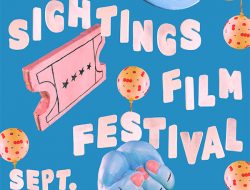 Brandon Woodard is running for office in conservative Kansas in 2018

The LGBTQ Victory Fund endorsed 36 more candidates today, a potential sign that the 2018 mid term U.S. elections might be a “Rainbow Wave” of LGBTQ candidates in races for elected offices as well as, hopefully, winners.

One of their big endorsees is Brandon Woodard, the adorable candidate running for a seat in the Kansas Statehouse.

We wish him Brandon the best, but that will be a tough fight…as a former resident of the Sunflower State, we’re WELL aware of how they treat LGBTQ people…

We still don’t know why Dorothy wanted to leave Oz to return to that bigoted hellhole.

IT WAS IN BLACK AND WHITE FOR PETE’S SAKE!!!!

OZ WAS IN COLOR AND HAD CUTE OUTFITS BY ADRIAN!!!!

Washington, DC – Today LGBTQ Victory Fund, the only national organization dedicated to electing LGBTQ leaders to public office, endorsed 36 more candidates for elected positions across the nation. Victory Fund has now endorsed 218 LGBTQ candidates this cycle – more than at any time in its 27-year history.

Among the endorsees is Brandon Woodard, who received a Spotlight endorsement in his race for the Kansas House of Representatives. With a victory in November, Brandon will become the first openly LGBTQ person elected to the Kansas state legislature. He is facing Wendy Bingesser, who touts the endorsement of the anti-LGBTQ organization Family Policy Alliance of Kansas and supports allowing taxpayer-funded adoption agencies to discriminate against same-sex parents. Brandon is one of dozens of LGBTQ candidates facing anti-LGBTQ opponents in the general election.

“A rainbow wave is coming in November – with more LGBTQ candidates positioned to win historic races and high-level offices than at any other time in American history,” said Mayor Annise Parker, President & CEO of LGBTQ Victory Fund. “Importantly, voters are choosing LGBTQ candidates in red states and blue states not because of their sexual orientation or gender identity, but because they are authentic candidates with positive and inclusive agendas. A surge in LGBTQ political power come November is critical not just because the LGBTQ community needs us, but because America needs us.”

This is the tenth round of endorsements by Victory Fund for the 2018 election cycle. All currently running openly LGBTQ endorsed candidates can be seen atvictoryfund.org/ourcandidates.