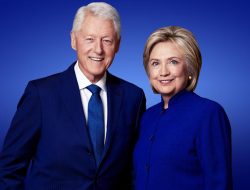 The Clintons: LIVE and ON TOUR!!!! 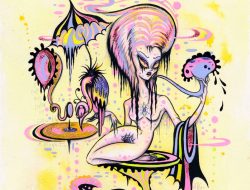 Free Screening of “Call Her Ganda” This Thursday

Here’s info about an important new documentary, CALL HER GANDA about the murder of Jennifer “Ganda” Laude, a trans Filipina woman murdered and her family’s efforts to seek justice:

GABRIELA (General Assembly Binding Women for Reforms, Integrity, Education, Leadership, and Action) and filmmaker PJ RAVAL are coming together to screen the critically acclaimed and award-winning documentary CALL HER GANDA across the United States to bring attention the life and case of the murdered Jennifer Laude and her family’s struggle for justice.

Jennifer’s death is one example of the violence committed against Filipino women, as their rights, safety, and Philippine sovereignty are sacrificed for unfair military defense agreements between the US. Such human rights violations and violence against women, children, and the LGBTQIGNC+ community will only continue to worsen in the Philippines.

GABRIELA asks you to join us as we honor our sister Jennifer Laude and let us RISE against transmisogyny and violence against women, RESIST U.S. militarization, and UNITE for the liberation, safety, and self-determination for all women!  See the list of screenings below and how to RSVP.  Admission is free.

A FILM BY PJ RAVAL More info on the screening:

Jennifer Laude, a 26 year-old Filipina transwoman, was brutally murdered by U.S. Marine, Joseph Pemberton on October 11, 2014. Her tragic death is just one example of the widespread violence committed against Filipinas because of unequal military and trade agreements between the U.S. and the Philippines.

On the four-year anniversary of her death, we will screen and discuss Call Her Ganda, which beautifully honors the life of Jennifer Laude, while also showing a movement of Filipinos who are determined to fight U.S. Imperialism and for justice for Jennifer.