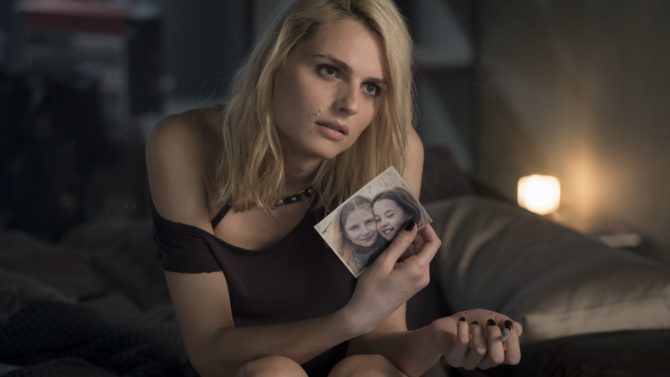 Sofia (Andreja Pejic) on the bed of Lisbeth Salander’s apartment in Columbia Pictures’ THE GIRL IN THE SPIDERS’ WEB.

It’s kind of a big deal.

Model Andreja Pejić has made her acting debut in the new film, The Girl in the Spider’s Web, an adaptation of the novel of the same name by David Lagercrantz, which is based on the characters from the beloved book series by Stieg Larsson. The film, directed by Fede Álvarez, returns to the Swedish set crime thriller series that centers on the very badass female lead character Lisbeth Salander now being played by Claire Foy, best known to audiences as young Queen Elizabeth in Netflix’s series, The Crown.

Pejić has broken glass ceilings as the top transgender model in the business and now she’s changing perceptions about trans actors by being cast in a non-trans role, that of Lisbeth’s lesbian lover, Sylvia, an Eastern European goth girl. It’s an unusual change of pace in an industry that usually does it the other way around by casting non trans actors in the roles of transgender characters.

The film, which opened in the United States this past weekend (to fair to mixed reviews), is a brand new chapter in the Salander saga and Andreja Pejić spoke with film critic Oliver Whitney for them.us about her role and her love for the books/films in the Millennium series:

This film, and the character of Lisbeth Salander in general, is so much about women protecting women and getting vengeance on the men who abused them. What was it like to be involved in a project with such important and timely themes?

Well, I was a huge fan of the Millennium series — the books — when I was growing up. When I was a teenager, those books were very, very popular. Lisbeth Salander was such an iconic character. She’s a heroine, but she’s not the classic version of what that means. She’s not looking for anyone’s admiration. She isn’t looking to be the hero at all. She’s just someone who’s gone through so much trauma as a child and come out of it and sort of become this genius, this sort of anti-establishment figure. She follows her own path and she tries to get justice in her own ways, but she’s strong and extremely tough. She’s a really tough girl. I loved tough women growing up. My mom was a tough woman and I found inspiration in tough female characters — Kill Bill was my favorite movie growing up.

The Seattle International Film Festival (aka SIFF) screens year round 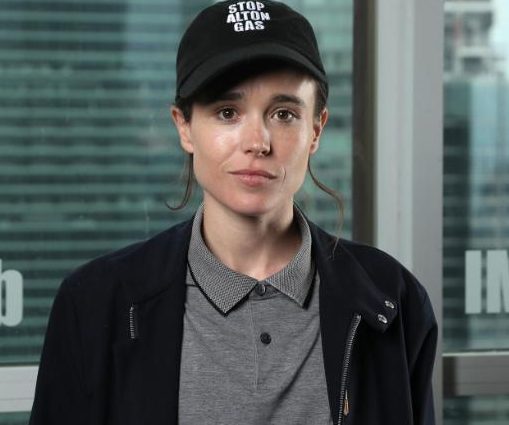 “Juno” Star Comes Out As Transgender

The Academy Award nominated star of the 2007 film “Juno”

Via press release Angelica Ross is determined. From the board room, to 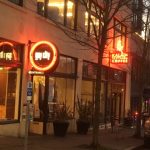 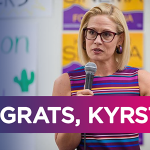