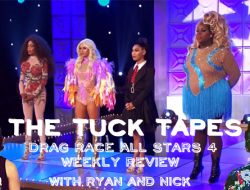 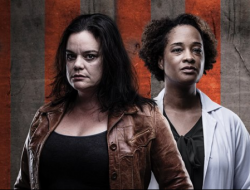 A lot of people in the country murmured to themselves, “who the hell is Pete Buttigieg?” last week after the out gay mayor of South Bend, Indiana made the bold announcement he was “exploring” the option of running for President of the United States in the 2020 election.

We’re also guessing they murmured that silently to themselves since they probably didn’t know how to pronounce “Buttigieg”.

The 37 year old is a graduate of Harvard University, a Rhodes scholar, a former Naval intelligence officer who served in Afghanistan and married to husband Chasten Glezman since June of 2018.

He’s also the author of a book, SHORTEST WAY HOME, out on February 12, 2018 and he’ll be on a nationwide tour to promote that book in the coming weeks…including a stop in Seattle, at the main library downtown on February 28, 2019 in a free event open to the public.

Smart. Announcing a possible presidential run just prior to your book release. Maybe it’s unlikely he can win the White House in 2020 but Pete Buttigieg is certainly also setting himself up as a possible Veep candidate or a prime appointed Cabinet post.

“For the teenager in small-town America who is just coming to terms with their sexual orientation or gender identity, having an openly LGBTQ person running for the most important political office in the world will demonstrate there is no limit to what they can achieve – and that is transformative.”

And, here’s Mayor Pete’s announcement about his official launch of his exploratory committee:

The show in Washington right now is exhausting: the corruption, the fighting, the lying, the sense of constant crisis… it has to end. But we can’t just revert to where we were a few years ago, trying to tinker with a broken system. This is a season for boldness, and we need to focus on the future.

I want you to be among the first to know that I am considering a presidential campaign, and I’ve officially launched an exploratory committee.

Watch our new video and share with your friends and family.

This is my eighth and final year as Mayor of South Bend, Indiana. Over the last decade, our community has seen extraordinary changes, going from a city written off as “dying” to one that stands as living proof that the industrial Midwest can create a better future by leaving aside nostalgia and resentment, solving problems to help bring everyone a better everyday life.

Time and again, South Bend has beaten the odds and the expectations. But now I am worried about our country — especially for members of my generation.

What will America look like in 2054, when I reach the age of the current president? How will we look back on 2020? Only a forward focus — untethered from the politics of the past and anchored by our shared values — can change our national politics and our nation’s future.

We value freedom knowing it means more than cutting regulation: you’re not free if you can’t sue a credit card company that gets caught ripping you off, or walk down the street without being profiled on the basis of your skin color, or marry the person you love.

We value security knowing it means more than what goes on at the border: it requires real strategies for 21st-century threats like cybersecurity, election security, and climate security.

And we value our democracy, the foundation of our national life, that is under attack from hostile foreign powers and from cynical political tactics. That’s why our democracy must be defended and broadened, with real and bold reforms.

I am aware of the odds we would face if we proceed to mount a national campaign. But I am exploring this run because I can offer a different experience and perspective than anyone else. And I believe that at a moment like this, underdog campaigns will go further than the establishment would normally allow, when it comes to bold ideas that can truly meet the threats and opportunities coming our way.

So please, tell a friend, share our video, and chip in $10 or whatever you can to help us assemble the best team.

I am looking forward to discussing and developing these ideas in the coming weeks. Simply put, I will need your help.

You have been there for me in the past, as I sought to bring needed change to our hometown and to our party. Now I ask you to join me in exploring what new leadership could mean for the country we love.

P.S. If you’re all in, please consider an early donation — even just $10 would make a significant difference today. We’re not accepting corporate PAC money, so it’s up to folks like us.