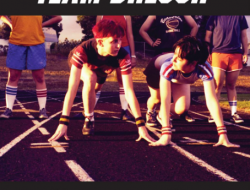 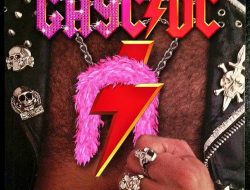 Different Stuff To Do, Heavy Metal Edition: GayC/DC at...

Our Latest Lady, Melania Trump Is Comin’ to Town: Be Best! OK, my little Scooby Doos and Nancy Drews….WHERE is Melania going to visit this Monday on her first visit to Seattle?

KOMO TV (and others) have the poo that First Lady Melania Trump will be making her FIRST out of town official trip (after two years of being the first lady…) this Monday and Tuesday (March 4th and 5th) visiting Oklahoma and Washington State on Monday then Las Vegas on Tuesday. It’s all part of her First Lady project, in Melania’s case it’s her vague BE BEST! initiative to fight cyber bullying.

Because she is the most bullied person….EVUH.

She then will fly to the Seattle area and visit an unnamed technology firm, where she will receive a tour and briefing on some of their programs and applications meant to teach children online safety, as well as technology innovations meant to help children with disabilities.

The first lady unveiled her “Be Best” child well-being initiative last year. The program aims to teach children to behave responsibly online and to avoid drugs.

“Whether it is social media and technology or drug and alcohol abuse, children in our country and around the world are faced with many challenges,” stated First Lady Melania Trump. “Through Be Best I will continue to shine a spotlight on the well-being programs that provide children the tools and skills required for emotional, social and physical well-being and promote successful organizations, programs, and people who are helping children overcome some of the issues they face while growing up in the modern world.”

Too bad she’s here on a Monday night…not much to do.

Maybe she’d like FRUIT at Pony with DJ Toast…it’s fun and Melania was a model so she’s used to fruit.

But…what tech firm will she be menacing?

Go find out and let me know!

UPDATE: We think we have it figured out as to why she’s coming to Seattle!

Amazon Head Boss JEFF BEZOS is separated from his wife and ripe for pickin’!

AND, he also has zexy nekkid photos of himself circulating…just like Melania!!! They’re a Dream Match!

Melania Trump-Bezos has a terrific ring to it!

One Response to Our Latest Lady, Melania Trump Is Comin’ to Town: Be Best!