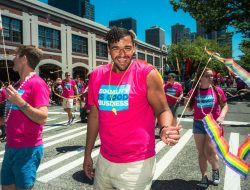 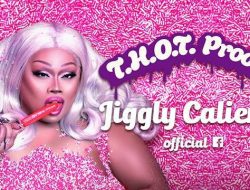 Can We Triple The Number of Lesbian Mayors In The U.S. ? Four out lesbian women (Lori Lightfoot, Satya Rhodes-Conway, Jolie Justus and Jane Castor) could make history this year by becoming mayors of top 100 U.S. cities. To date, only two women have achieved that, Houston’s Annise Parker (2010-2016) and Seattle’s own Jenny Durkan, elected in 2017 and still in office.

In April, those four women will be on ballots in Chicago, Madison Wisconsin, Kansas City Missouri and Tampa Florida in run offs and primaries that will determine if they head to general elections later this year.

More on these races via Victory Fund:

Washington, DC – Four lesbian mayoral candidates in top 100 cities are well-positioned to win their races and make LGBTQ history this year – all of them facing a run-off or critical primary election in April. Victories for all four would triple the number of out lesbians ever elected mayor of a top 100 city – from two to six. It would also nearly double the number of LGBTQ people to have ever been elected mayor of a top 100 city – from six to ten. Victory Fund is investing heavily in its lesbian mayoral candidates this election cycle in an effort to make 2019 the Year of the Lesbian Mayor.

Three mayoral candidates – Lori Lightfoot in Chicago, Satya Rhodes-Conway in Madison, Wisconsin, and Jolie Justus in Kansas City – have elections on April 2. Lightfoot and Rhodes-Conway are in run-offs that will determine the next mayor and Justus is the frontrunner in a crowded primary that will determine the candidates for a general election in June. On April 23, Jane Castor will compete in a run-off that will decide the next mayor of Tampa.

If elected to the nation’s third-largest city, Lightfoot will become the highest-ranking openly LGBTQ mayor in American history – taking the torch from LGBTQ Victory Fund President & CEO Annise Parker, who served as mayor of Houston from 2010 to 2016. Lightfoot will also be the only Black openly lesbian mayor serving anywhere in the country.

“We are well-positioned to make 2019 the year of the lesbian mayor – potentially tripling the number of lesbians elected major city mayors in just one cycle,” said Mayor Parker. “All four women are on a clear path to victory and together would control city budgets of nearly $10 billion – that’s real responsibility and real power. Mayors have a profound influence on the daily lives of their constituents, so it is vital that diverse leaders with unique perspectives and solutions are elected to these positions.”