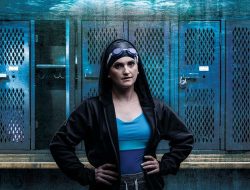 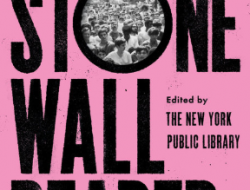 Sunday, March 31 is International Transgender Day of Visibility and there’s a local event to mark the occasion as well as a fascinating new documentary series on gay global streaming network Revry that explores the lives of trans people of color across the country.

America in Transition will premiere March 29th on Revry and examine the lives of 4 transgender Americans living their lives in areas all across the United States, including a “veteran turned activist, an immigrant seeking a new life, a woman living with HIV and healing from trauma and a model navigating everyday family life. ”

There’s more on this fascinating series down below but we also need to note a local event honoring the Day of Visibility…it’s happening Sunday at GenPride’s offices on Broadway on Capitol Hill and it’s presented by Ingersoll Gender Center and TRANSform WA.

There will be light refreshments, a small panel and intimate discussion, and an open mic for community members to share what visibility means to them. This is a public event open to all and any who want to celebrate the lives and work of local, national, and international transgender and gender non-conforming community members.

Please RSVP via the link in the Facebook invite, HERE. More on America in Transition:

March 28, 2018 – In honor of International Transgender Day of Visibility, global streaming network Revry will premiere the award-winning, Sundance-backed documentary series America in Transition (AIT), a Revry Original that explores the community, family, and social issues of trans people of color across in the United States – capturing real life for a veteran turned activist, an immigrant seeking home, a woman living with HIV healing from trauma, and a model navigating family life.

Transgender Filmmaker, educator and community Organizer, André Pérez, founded the Trans Oral History Project in 2008 motivated by the isolation he felt growing up in a military family in Virginia.  Perez journeyed across the country to document the subjects of the series.  Each of the four episodes explores one person’s story in depth, tackling intersectional issues such as HIV criminalization, living as trans in the South, family acceptance, trans exclusion from the military, and immigrant detention.  See TRAILER.

“America in Transition is a compelling and powerful portrait of trans people surviving in a world built for their exclusion.  André Pérez tells these stories with the empathy and understanding that only another trans person can.” “America In Transition (AIT) was initially inspired by my own experience coming of age in North Carolina and starting my transition as a youth in rural Vermont,” said creator André Pérez. “I had questions about everything from health care access to navigating relationships, but I had no one to ask. Without role models or institutional support, I felt like I had to come to the city to find myself. I went on to found the Trans Oral History Project. Over the past seven years, I’ve interviewed trans folks across the country who express parallel stories of being told trans didn’t fit with other aspects of our personhood. How can you be trans and Muslim or black or Mexican or Southern? We found ways to reconcile the seemingly disparate parts of who we are.”

2015 was heralded as the “transgender tipping point,” but 2016 has brought some of the most regressive civil rights legislation in modern US history. Trans people have become the targets of radical social conservatives who are leveraging fear and ignorance to create a social climate of increasing and unrelenting hostility – a culture war, as Southern lawmakers fight the federal government in order to protect the supposed “right” for businesses (MS and NC), schools (TX), and even health professionals (TN and TX) to discriminate against transgender people. AIT uses character-driven storytelling in order to highlight issues of importance to trans people in marginalized communities.

At its heart, AIT is about how environments shape who we are. It will complicate notions of social change in underrepresented communities. This is a crucial moment to help people understand how trans realities differ based on identity, geography, and social context. The world is changing for the white, upper-middle class people we see on mainstream television, but trans people of color, immigrants, and working class families face a different world. AIT focuses on relationships as it explores where, when, and how change happens in a complex individual, a diverse community, and a divided nation.

Along with the series premiere March 29th on Revry.tv just before the March 31st Trans Day of Visibility, America in Transition will be partnering with more than 20 institutions around the country to build community, amplify trans people of color’s voices, and activate accomplices.  Go to Revry.tv for additional information about this and other available LGBTQ+ content.

Revry is the first queer global streaming network, available in over 50 million homes in over 100 countries, with a uniquely curated selection of LGBTQ+ film, series, and originals along with the world’s largest queer libraries of groundbreaking podcasts, albums and music videos. Revry is available worldwide. Headquartered in Los Angeles, Revry is led by an inclusive team of queer, multi-ethnic and allied partners who bring decades of experience in the fields of tech, digital media, and LGBTQ+ advocacy.  Follow on Facebook, Twitter, and Instagram @REVRYTV. Go Online to: https://revry.tv.