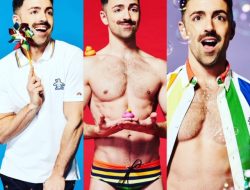 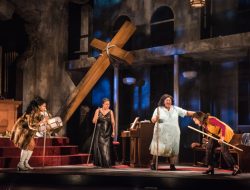 Via BeautyBoiz and Queer AF 2018

And, the Seattle LGBTQ Pride announcements continue to pour in as everyone and their gay grandma are planning big fun events to celebrate LGBTQ Pride in Seattle in June, and specifically on Pride Weekend, Thursday, June 27 through Sunday, June 30th.

The local queer party producers, BEAUTY BOIZ have announced they’re putting on two awesome events, both at Fred Wildlife Refuge on Capitol Hill, with one on Thursday, June 27th and the other on June 28th and both going from 9pm to 2am.

First up is their Thursday, June 27th party ICONZ which will be very drag specific with a bevy of local drag stars impersonating beloved celebrity icons like Gaga, Beyoncé, Madonna, Divine and many more.

Then, on Friday, it all turns QUEER AF with an extravaganza that features:  a stage variety spectacular featuring drag performances, live music, aerial and burlesque, followed by a dance party with DJ Cookie Couture featuring pop-up performances, gogo dancers and a late night BeautyBoiz Runway.

It gonna be BIG! Snag tickets HERE…you can buy single tickets if you just want to attend one event, or a special duo ticket which gets you into BOTH!

Lots more info down below on line-ups and what to expect. The BeautyBoiz put on a helluva show….it’s very glitzy but arty and with an emphasis on fierce glamour and putting together your “lewks”. The perfect parties for folks who like to DRESS UP when they go out.  AND, you have a month to put together what you’re gonna WEAR! Kick off your Pride weekend early with the BeautyBoiz as we celebrate some of the most gag-worthy pride ICONZ through the ages, including Madonna, Janet Jackson, Divine, Lady Gaga, Prince and more. Performances will happen throughout the night, with DJ sets from MMMelt and Play__Pranks bringing you the pride hits on the dance floor between performances.

This event is sponsored by Tito’s Handmade Vodka. There will be specials on Tito’s cocktails all night! On Friday, June 28th from 9pm-2am, join us for our second annual QUEER AF party featuring a seated 1hr performance and dance party. The party will start with a stage variety spectacular featuring drag performances, live music, aerial and burlesque, followed by a dance party with DJ Cookie Couture featuring pop-up performances, gogo dancers and a late night BeautyBoiz Runway. Doors open at 9pm, show at 10pm, and the dance party kicks off at 11pm. The evening features performances from Thadayus, Kimber Shade, LüChi, Karmen Korbel, Beau Degas, Angela Visalia, Cody James, Faggedy Randy, Gunnar Field and Brandon Lentz. There will be a photobooth to capture your pride lewks, and a runway photographer for your fashion moment.

Both parties are sponsored by Tito’s Handmade Vodka. VIP options are available including a dedicated entrance, free coat check, a free Tito’s cocktail, and a reserved seat for QUEER AF. There will be digital art installations on the 60’ wrap around projection screen keeping the dance floor on max from Rajah Makonnen.

In addition to all the performances and fun, there will be gogo dancers, a 2 floor venue featuring multiple bars, and Tito’s drink specials all night. As always, bathrooms will be gender neutral.