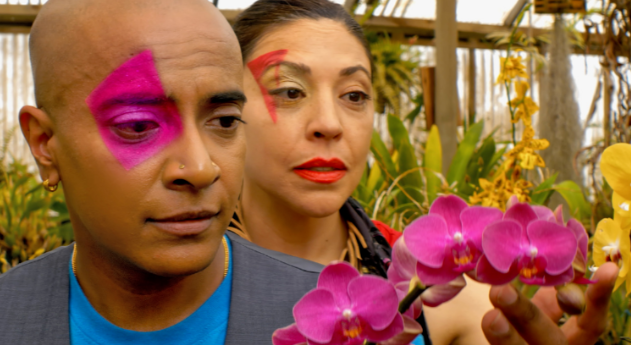 One of the very few film festivals in the world programmed by and for the transgender community, Three Dollar Bill Cinema’s TRANSLATIONS FILM FESTIVAL is a major asset for Seattle and for trans/genderqueer/non binary film fans. This year marks the 14th anniversary of the festival which kicks off this Thursday, May 2nd for a weekend long run primarily at Gay City, 517 East Pike Street on Capitol Hill. The festival opens with The Garden Left Behind on Thursday and will conclude on Sunday with Jack & Yaya.

Tickets and passes are on sale NOW!

The festival will screen 45 films from 10 countries including Italy, Brazil, Costa Rica, Australia and India. Translations opens at the Northwest Film Forum with THE GARDEN LEFT BEHIND, winner of the 2019 SXSW Visions audience award and will close with the West Coast premiere (and only the second public screening) of JACK & YAYA.

“I am thrilled to return as Festival Director for the 14th year of this important and engaging film festival,” said Sam Berliner, Translations Festival Director. “Our acclaimed Opening Night Film, THE GARDEN LEFT BEHIND, just won the audience award at SXSW and it will bring you to your feet and ready for action. Our Closing Night Film, JACK & YAYA, is a beautiful portrait of lifelong trans friendship guaranteed to make you hold your friends even closer.”

In addition to film screenings,  free special presentations will be presented as part of Translations.  AUTHENTICALLY US: STORIES FROM THE TRANSGENDER COMMUNITY & BUILDING EMPATHY THROUGH INNOVATION is a virtual reality event featuring transgender and gender-diverse people using interactive virtual reality (VR) to tell their stories. The VR films and accompanying panel will discuss this technology’s ability to build bridges of understanding. HOW TO BE A TRANS ALLY WORKSHOP will present a working vocabulary and offer greater understanding of how to be a supportive ally to the transgender and gender-nonconforming community. Two short films will be screened during this workshop.

“We are looking forward to sharing these stories with the community and continuing to provide a space for transgender, non-binary, and gender-diverse individuals to come together to see films that reflect their experience on screen,” said Ben McCarthy, Executive Director of Three Dollar Bill Cinema. In this sci-fi film featuring a series of standalone short stories, black and brown transgender, gender-nonconforming, and nonbinary persons resist oppression with their extraordinary powers: a girl in love uses her third eye to protect her relationship, a business professional resists capitalist patriarchy with magic, bullies are defeated with sacred dance, politicians are brought into submission with spells, and supernatural beings find intimacy with the earth. Expect to leave the theater realizing your own superpowers.

Part road movie, part experimental animation, part found-footage collage, PATERNAL RITES takes its inspiration from podcasts like This American Life and Radiolab and filmmakers such as Jenni Olson and Marlon Riggs to deeply explore the American family and its false dreams of normalcy. By painting a portrait in fragments, filmmaker Jules Rosskam creates an extraordinarily intimate examination of the relationship between trauma and memory, the structuring power of absence, the development of his own trans masculinity and Jewish identity, and the healing power of being present. Criterion refers to this beautifully rendered film as “gorgeously crafted and breathtaking…unlike any you’ve ever seen before. Manu (Manu Guevara), an eccentric trans immigrant living in France, plans on returning to her native Chile after 10 years of instability. The camera floats with her, dancing her way through the iconic streets of partly hostile Paris as she tells her story of desire, romance, and sex. Manu’s friend David offers marriage and companionship to alleviate her visa troubles, but, a romantic at heart, she ultimately chooses the path of Eros. Guevara’s strong screen presence and director Nicolás Videla’s rich storytelling keep the viewer engaged and ever-so-slightly enamored.

Here’s something unique to check out this Wednesday, May 18th…it’s

If you’re an LGBTQ+ or an ally and in grades 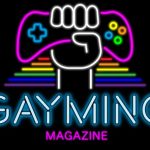 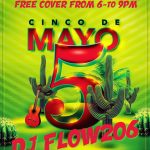 Next: Cinco de Mayo Is Sunday And There Are LGBTQ Options