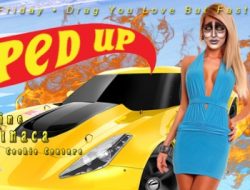 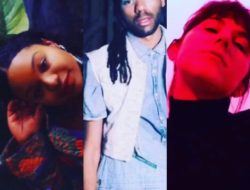 Forget “Cats”…Let’s Watch The Trailer for “Hustlers” With J.Lo, Cardi B. and Lizzo! SOOOOOOOOOOOOOOOO, the trailer for the new film of the musical CATS was released yesterday and it’s horribleness left such a bad taste in mouth, I had to go find another trailer to wash it out so let’s go with this fun one for HUSTLERS, the movie coming out September 13th. It’s about ” a crew of savvy former strip club employees who band together to turn the tables on their Wall Street clients” and stars a bevy of talented ladies including Constance Wu, Jennifer Lopez, Julia Stiles, Keke Palmer, Lili Reinhart, with Mercedes Ruehl, and Cardi B. and in a cameo, LIZZO!

Even if the movie bombs, you know the soundtrack will kick some ass.

AND, it HAS to be better than that shit known as CATS…what the hell is WRONG with that movie?!?!? It’s like some nastyass, cat cosplay kinky caca…famous actors faces badly CGI’d onto weird, fetishy, catborg bodies with pendulous phallic tails lashing about…

HUSTLERS
In theaters September 13, 2019
Cast: Constance Wu, Jennifer Lopez, Julia Stiles, Keke Palmer, Lili Reinhart, with Mercedes Ruehl, and Cardi B
Written and Directed by: Lorene Scafaria (Seeking a Friend for the End of the World, Nick and Norah’s Infinite Playlist)
Produced by: Elaine Goldsmith Thomas, Jessica Elbaum, Jennifer Lopez, Benny Medina, Will Ferrell, Adam McKay
Synopsis: Hustlers follows a crew of savvy former strip club employees who band together to turn the tables on their Wall Street clients. The film was inspired by the article published by New York Magazine entitled “The Hustlers at Scores” written by Jessica Pressler.
Facebook I Twitter I Instagram
#HustlersMovie