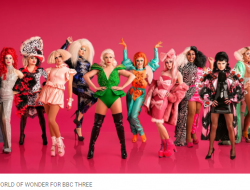 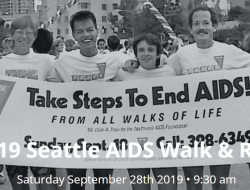 Via info from a GSBA press release:

Gatta, an Army National Guard veteran who served in Afghanistan is originally from Texas and identifies as “pansexual”. She won the Out Astronaut contest earlier this month which allows her to attend the Advanced PoSSM Space Academy at the Embry-Riddle Aeronautical University in Daytona Beach, Florida for a series of courses training her as an astronaut.

She had this to say in a statement via Space.com:

“This is an incredible honor to be selected to be the first astronaut candidate under the Out Astronaut organization,” Gatta said. “Thanks to them, I’m able to serve openly and without apology as a queer woman while training for a research mission to space. I plan to show the world that identifying openly as LGBTQ+ should not be seen as a limitation to success, and crossing the frontiers of space will inspire the community to achieve authentically, and for the world to accept us as we are.”

Gatta has an impressive resume having worked as a NASA Pathways Co-op at NASA Langley, built her own rockets, volunteered with Girls Who Code, and marched alongside trans service-members in protest of the trans military ban.