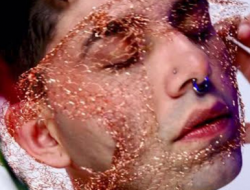 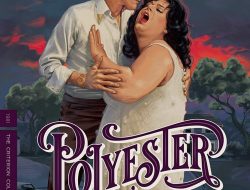 September 19, 2019 Comments Off on Review: “Is God Is” Serves Up A Revenge That Needs To Be A Bit Hotter Views: 1375 *Seattle Theaterland, Arts & Entertainment, Reviews, Stage

It’s September which means we’re suddenly faced with every theater company in the Tri-State area debuting their new fall season with a bounty of brand new theatrical treats on area stages.

And, of course I’m already behind in reviewing the ones I’ve seen…

FIRST up is Washington Ensemble Theatre’s production of Aleshea Harris’s IS GOD IS, the West Coast premiere of what they’re billing as a ” Spaghetti Western-inspired play…that centers on the contemporary myths and stories of black women, considers the futility and desperation that comes from cyclical violence, and asks why stories of revenge feel so good and so bad…”

In a nutshell, it’s about a pair of young female twin sisters who have been raised in the foster care system after their daddy set their mama on fire (which resulted in one twin,Anaia, being badly burned; the other twin, Racine, less so). They had thought their mama was dead but discover otherwise after they are summoned to visit her in the nursing home where she has lived since she was injured. Mama is very much alive and very much interested in seeking revenge on her ex-husband and instructs her daughters to seek him and destroy him and anyone in his life, and wants her daughters to bring back bloody proof they have done as she has commanded.

The more tender hearted Anaia has doubts about this vengeful quest but the more determined Racine is hellbent on satisfying their mama’s wishes and the pair head to Los Angeles to track down the lawyer who managed to get their father acquitted of assault charges related to the fire incident. The girls find the lawyer and he is a drunken mess but he manages to tell them enough information for the two sisters to discover the location of their daddy and the fact he has a new wife and twin teenaged sons.

Needless to say, Anaia and Racine meet up with their newly discovered extended family and…carnage ensues with the pair finally coming to terms with the legacy of what their father has done.

Frankly, “spaghetti western” is sort of an apt way to describe all this vengeance and bloodletting but it’s also firmly connected to Greek tragedy (but, isn’t most of Western storytelling related to those revenge loving Atheniens?) as well as to the more modern re-tellings as practiced/ripped off by Quinton Tarantino. “A” does awful things to “B” who either gets vengeance or seeks out “C” to do their bidding and eventually all this revenge stuff ends up biting everyone in the ass.

Aleshea Harris has written a neat little dramedy with Is God Is. It has serious themes, yes, but at heart it’s a fun riff on all the different types of “revenge drama” I mentioned previously. It’s not going to be remembered as a great piece of original dramatic art but hopefully it’s a start to a long and interesting career for Ms Harris. It’s smart and sly as it sheds blood and makes plenty of observations about the nature of toxic masculinity and systematic violence within families.

I like the play itself but frankly I was a bit let down by this specific production. Washington Ensemble Theatre has assembled a fine cast and design team but all the separate elements don’t necessarily add up under the direction of Lava Alapai, a theater artist from Portland hired to stage this production. There are moments of awkward staging, with actors trapped in odd placements onstage. Part of that problem might be set related; veteran Seattle scenic designer Lex Marcos has come up with a multi-level set that has some visual interest but it doesn’t allow for much maneuverability for the placement of actors. And, for a show that involves a very high body count, the direction and design elements don’t really allow for a graceful exit from the stage for actors playing characters recently killed; they have to awkwardly slink off.

I was impressed by our lead actors, Maya Burton as the more severely burned twin Anaia (and wearing some remarkable fabric pieces suggesting severe burns which I’m assuming were designed by the credited costume designer Ricky German) and Kamaria Hallums-Harris as the more aggressive sister Racine. Both actors were excellent at conveying each sister’s individual characteristics and nicely centered the material. I will quibble that in their opening scene there was a tendency to speak very quickly as they dispensed a lot of necessary exposition but sadly with the result it wasn’t always clearly understandable. Part of that could be my aging ears, but…sometimes directors need to work with their actors to make sure they’re clearly enunciating and projecting the dialogue to the audience regardless of the age of that audience’s ears.

The rest of the cast also had their moments, especially Charles Antoni and Tré Scott as the twin brothers; the actors were both very compelling and nicely balanced with the two older sister twin roles. Brace Evans, in duel roles, made for a rather hammy lawyer but also appropriately menacing as the creepy Dad and Laura Steele had her moments as the vengeful Mom but frankly I think the “Mom” character needed better lighting and sound design and stage placement to emphasize the power of her desire for revenge. She needed to be presented as an otherworldly character and while WET is usually very good with their design and effects, here they erred too much on the side of caution. This Is God Is could have used a bit more ooomph to emphasize the “Tarantino-esque” nature of its plot. A greater, more cinematic use of lights and projections would have ramped up the entertainment value of this material instead of leaving us wanting a bit more.

Is God Is is a twisted little play and hopefully a fine start to playwright Aleshea Harris’s career. This specific production, despite some flaws, still manages to convey the talent she has for creating interesting characters, dramatic situations and gritty dialogue.

Tags: Is God Is, WET