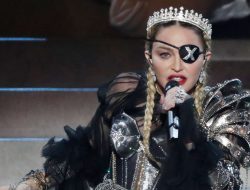 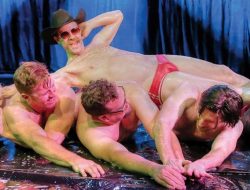 Your Friday FunDay Options For September 27

Tick-Tock, Clarice…It’s only 2 weeks until the start of the 2019 Seattle Queer Film Festival, 10 days of celebrating all kinds of LGBTQ film with screenings, events, and parties.

AND, the fine folks at Three Dollar Bill Cinema, the producers of the festival for the last 24 years have some great deals for you including a limited time offer to snag “Buy One Get One Free” tickets to the opening night film, SID & JUDY, happening Thursday, October 10th at the Egyptian Cinema on Capitol Hill.

More info and links below, but also be aware Three Dollar Bill needs VOLUNTEERS to put on a festival this big. Consider helping out…volunteering is a GREAT way to give back to your community as well as a fun way to network AND make new friends. Go HERE to sign up to be a volunteer!

SQFF24 COUNTDOWN BEGINS
SQFF24 kicks off in less than two weeks! Can you believe?!

Just because we love you, tickets for SQFF24 Opening Night & Gala SID & JUDY are Buy-One-Get-One-Free, but only until Midnight, September 30.
So grab a date, friend, family member, or stranger
and make sure you don’t miss the party of the year!

OPENING NIGHT GALA: SID & JUDY
THURSDAY, OCTOBER 10, 2019 | 6:30 PM | SIFF CINEMA EGYPTIAN
Judy Garland began performing in vaudeville when she was only two and went on to have an illustrious career on the stage and in radio, film, and television. Now, director Stephen Kijak (WE ARE X, NEVER MET PICASSO) has uncovered never-before-seen recordings, photographs, and insights from the archives of her third husband, producer Sid Luft (A STAR IS BORN and The Judy Garland Show).

First-person accounts of Judy’s career and Sid and Judy’s tumultuous marriage are narrated by Emmy winner Jon Hamm (Mad Men) and Academy Award nominee Jennifer Jason Leigh (THE HATEFUL EIGHT, Atypical). Judy’s status as an icon for the whole LGBTQ2+ community—her death may even have partly inspired the Stonewall riots—is highlighted through her queer following, including transgender activist and Stonewall veteran Miss Major.

OPENING NIGHT GALA
Kick off the 24th Seattle Queer Film Festival off right by attending the queer event of the season at the Rainier Chapter House! The party is a fab time featuring small bites, signature cocktails, and a dance party lead by DJ Paco immediately following the screening.

We could not exist without the many volunteers who help us produce our events each year. When you volunteer for Three Dollar Bill Cinema you will have fun, meet new people, support a fabulous non-profit LGBTQ arts event, and earn coupons to see films for free.

We have volunteer shifts that fit almost any schedule and any physical ability. We need volunteers to help usher, assist with setup and breakdown, staff the will call and membership tables, greet guests at the hospitality center and festival receptions, and more.
LEARN MORE