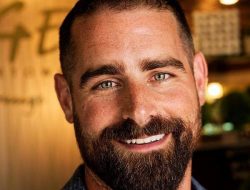 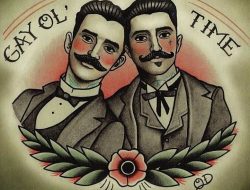 Dr. Self, who was a community grand marshal in the 2018 Seattle Pride Parade will step down from their roles on June 30th of this year.

More on Dr. Jen Self:

Informed by more than two decades of practice as a therapist, consultant, and anti-oppression trainer, Dr. Jen Self re-invented their queer activism through scholarship, program leadership, and teaching at the University of Washington, completing an MSW and a Ph.D. in social welfare and feminist studies. Dr. Self is Director of the Q Center and an affiliate professor at UW with a secret identity of renaissance queer with a kick-ass jump shot. They are a fiercely passionate teacher and scholar-activist who links their teaching, practice, research, and service through commitment(s) to queered racial and gender justice and cultural transformation.

When asked about the role of the Q Center for UW students and staff, Self told an interviewer in 2015: “We’re involved with anything on campus regarding gender and sexual orientation,” Self said. “I think of us as the community center for anybody on campus who has a gender and a sexuality — which is all of us.”

Created at the request of students seeking a safe space for LGBTQ students on the University of Washington campus, Self was hired to start the Center while a graduate student in the Masters of Social Work program at the university in 2004 in a role that was originally a part-time job. After completing their Ph.D in 2010, Dr. Self became the full time director. In that period of time and since then, Q Center has continued to grow in its role as an advocate for LGBTQ students and a safe haven on the vast campus.

And, Dr. Self’s letter to the UW Community:

Dear UW Two-Spirit, Trans, Non-binary, Queer, & Diverse Gender & Sexuality Communities, plus all of you in solidarity:

I write to let you know that 16 years after founding the Q Center, I am leaving both the center and UW. My official last day is June 30, 2020. January-June, I am on limited availability as an educator and consultant and continue to be available at this email address. Lev Cunningham, Interim Associate Director, will be the primary contact at the Q Center and will be conducting two hiring processes for an Associate Director and Director over the next 6 months.

Let me be clear, I am choosing to leave because it is time. My leadership philosophy calls me to step aside and make space for the next generation/iteration of Q Center leadership. My thinking is that significant shifts in direction are necessary for continued organizational growth. While culturally and globally we are in the thick of distress, disease, decay, devastation, and destruction; I see, feel, and know we are simultaneously in a moment of transformation, a massive realigning of human ethics, connection, values, engagement, and collusion to heal and radically change. I hear it in the conversations of the Generation Z students who are the life-blood of the Q Center and this university. I hear my emotionally astute daughter (12 years old) chatting with her friends about everything from challenging the racism at her school (the teachers), to saving our planet to “tsk tsk tsk,” to how their friend so-in-so is a trans guy and his sister is a trans girl. Still, they are just brother and sister and excellent and having access to the medical care they need, and I think, “ok, ok, GenZ, I see you shifting that paradigm!” So, it is time for new leadership here at the Q and time for me to mobilize my talents and initiative in a new sphere of influence.

The three smartest things I did when I founded the Q Center in 2004, set us apart from other university gender and sexuality centers, and they continue to drive our work. Philosophically and practically, I grounded the Q in the following approaches: 1) an intersectional racial and gender justice praxis rooted in the endeavors of feminists of color; 2) the vision and methodology that healing, growth, and renewal occurs within authentic, boundaried, caring, present, and consistent relationship (community and interpersonal); and 3) at the center of the center, were/are the students, their energy, power, leadership, skill, and commitment acting as the engine of the organization. The mutual symbiosis between professional staff (all academic personnel, staff, and alumni volunteers) and students provides for a living, breathing, powerfully, dynamic third organism that is so much greater than the sum of its parts.

I am deeply grateful for the 16 years I have spent in conspiracy, collaboration, conversation, and conflict with all parties at UW. You have challenged me to locate, claim, and be consistent with 1) my gender; 2) my commitment to my health & well being; 3) my family & expansion of what that means; 4) a deeply held love-ethic; & 4) my vision & values as a radical outsider/insider devoted to equity, accountability, & liberation moment-to-moment-to-moment. I am more deeply myself because of you. And, what’s more, I still look young, 35 tops, so thank you for that!

As more of Generation Z comes to university, the work of the Q is shifting toward broader systemic change because our students have already arrived. More than 50% of this generation understands themselves as “something other than heterosexual,” and Gen Z and Gen Alpha bring us the first U.S. generations post-colonization wherein more than 50% are Black, Indigenous, and/or People of Color. Not that it ever should have been merely an option for universities to be accessible, inclusive, and equitable, but we have reached the tipping point wherein it is no longer possible for us to remain rooted in oppressive structures. We must change to educate a populous that demands mutual liberation and equity. We must be different to reflect who we are as a people.

The Q Center and our communities will flourish under new leadership. Even as I experience sadness, grief, and loss in moving on, I also feel the excitement of emergent life for the center and my professional trajectory as well.

Please come and join me in celebrating my time at UW on Tuesday, April 7, 2020, from 4-6 p.m. in the Intellectual House. All are welcome. Q & A is part of the deal, and it is a Q event, so it will undoubtedly be fun.

One Response to University of Washington’s Q Center Dr. Jen Self Announces Resignation