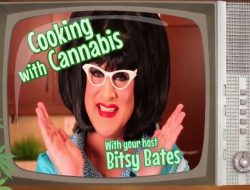 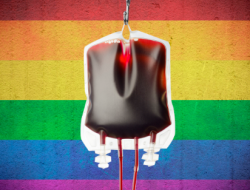 Seattle Pride, also known as “Seattle Out and Proud” or “SOaP” or “the Seattle Pride group that does the Parade but not Pridefest at Seattle Center because Seattle is so complicated and “special” we need two separate organizations to put on our annual June LGBTQ Pride, which is actually ridiculous, but I digress”, made some announcements last week.

One: they’re dedicating $25,000 to groups offering support services during the Covid-19 pandemic.

Second: for NOW, they plan on still producing events in June of 2020, though obviously that is VERY likely to change depending on the situation with the pandemic.…and, they’ll make a final decision by the end of April.

(Honestly, it seems highly unlikely that any kind of normal Pride events will be happening this year but…we’ll see what happens.)

SEATTLE – March 20, 2020 – Seattle Out & Proud (also known as “Seattle Pride”), the organizer of two of Seattle’s largest LGBTQIA+ Pride events – Seattle Pride Parade and Seattle Pride in the Park – is dedicating $25,000 in emergency funds to support organizations in the region providing on-the-ground COVID-19 support services for those who are immunocompromised and other highly vulnerable populations.

The nonprofit organization’s board voted this week to allocate the funds and immediately begin disbursement. Organizations can request more information and apply on Seattle Pride’s website, www.seattlepride.org/about/in-the-community/ as funds remain available or until April 15.

“While festivals like Seattle Pride play an important role, we know they’re not forefront on the minds of our community during this pandemic,” said Seattle Pride Executive Director Krystal Marx. “The LGBTQIA+ community knows firsthand the importance of compassion and standing together, prompting quick response in this time of need.”

Each year Seattle Pride awards grants to charitable organizations which support the local LGBTQIA+ community. This year the organization plans to award $75,000 in grants, totaling nearly $120,000 since 2017.

Seattle Pride remains hopeful community festivals will be able to resume within a couple months, and is currently moving forward with event plans as scheduled for June – however, organizers are continuing to monitor public health updates, staying in close communication with local authorities, and will make a decision in late April on any contingencies as necessary in the best interest of the community’s health based on all city, county, state and federal recommendations and mandates.

About Seattle Out & Proud/Seattle Pride

Seattle Out & Proud/Seattle Pride is the not-for-profit organization which produces the Seattle Pride Parade, Seattle Pride in the Park and other pride-related events and promotions, as well as providing grants and sponsorship support to community-based LGBTQIA+ organizations statewide, and year-round advocacy in support of diversity, inclusivity and equal human rights for all.