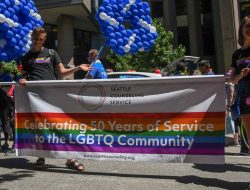 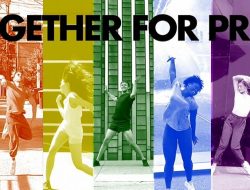 The AIDS Healthcare Foundation put Big Pharm drug maker Gilead on blast today for its just announced high price tag on remdesivir, the newly approved drug to treat Covid-19. A treatment program of the drug would cost from $2k to over $3k per patient.

The non-profit which has a presence in Seattle with its AHF Pharmacy and Out of the Closet thrift store on Pike Street on Capitol Hill, compared this to the price gouging situation with AIDS drugs back in the 1980s and 1990s also made by Gilead, who became a target of protests by ACT-UP during that time.

In May, AIDS Healthcare Foundation demanded that the drug company price remdesivir, the newly approved drug for treating COVID-19—which Gilead had developed years earlier with $70M in government funding as a possible Ebola treatment–be priced at one-dollar per day per patient

WASHINGTON (June 29, 2020) AIDS Healthcare Foundation (AHF) today harshly criticized Gilead Sciences over its pricing of remdesivir, the newly approved COVID-19 treatment. Gilead, which developed the drug years earlier (with as much $70 million in government research and development funding) as a possible Ebola treatment, announced earlier today that it has set the price for remdesivir between $2,300 and $3,100 per patient for a five day course of treatment.

According to Zachary Brennan reporting in PoliticoPro (6/29/20), Gilead “…set the price for its coronavirus treatment remdesvir at $390 per vial for the U.S. government and developed countries. That puts the price of a five-day treatment course at $2,340 per patient for people enrolled in federal health programs like Medicare and Medicaid — but private insurers will pay $520 per vial, or $3,120 for five days of treatment, the company said Monday. The U.S. is the only country for which Gilead has set tiered pricing.”

“Gilead Sciences unmasked itself today as both a war profiteer and greedy bastards—a depressing feat and spectacularly tone-deaf response to a global pandemic that has so far killed over half-a-million people worldwide, including more than 120,000 deaths in the U.S.,” said AHF President Michael Weinstein. “U.S. taxpayers paid for much of the research for this drug. Now, Medicaid and Medicare are going to pay a premium for the prescriptions for this drug for patients in the United States and patients covered by private insurers will pay even more. It’s unconscionable.”

In early May, AHF issued a statement demanding that Gilead price remdesivir at no more than one U.S. dollar per dose.  AHF further demanded that Gilead Sciences also disclose all its public research and development costs and all public investments in connection with the development of remdesivir.

AHF’s dollar per dose demand is based on a University of Liverpool research study, “Minimum costs to manufacture new treatments for COVID-19” that allows for recovery of the cost of manufacturing plusa reasonable profit.

“Gilead’s move today–and the likely acquiescence by both government and private insurers without a real challenge or fight—set a terrible, terrible precedent,” added Weinstein. “This out-of-whack pricing by Gilead now pits this disease against all others for governments trying as best they can to cope with the economic, social and medical havoc wreaked by COVID-19—as well as against governments trying to feed and shelter their people during this crisis. This also sets the baseline for pricing of any and all future COVID-19 treatments, something we saw with AIDS and the pricing of its first drug, AZT—drug pricing repercussions we still live, and die with today.”

About AIDS Healthcare Foundation (AHF), the largest global AIDS organization, currently provides medical care and/or services to over 1.4 million people in 45 countries worldwide in the US, Africa, Latin America/Caribbean, the Asia/Pacific Region and Eastern Europe. To learn more about AHF, please visit our website: www.aidshealth.org, find us on Facebook: www.facebook.com/aidshealth and follow us on Twitter: @aidshealthcare and Instagram: @aidshealthcare.