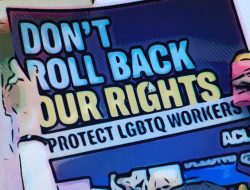 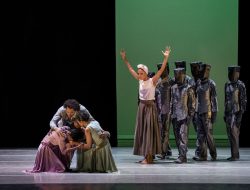 You will need a box for the latest video story from the Story Corps project which has been around for several years now. It’s the wonderful non-profit where they re-enact real stories from real people’s lives in animated form. None of the little movies are long, but they do pack a big wallop with humor, charm, pathos and sometimes, a lot of tears.

The latest one is called “My Aunties” and in it, Stefan Lynch relates the joy of being raised by gay parents and their large circle of loving friends, mostly gay men who he called his “aunties”. But in the 1980s, AIDS took its toll on Stefan’s family, including his beloved aunties…both the ones he lost and the ones who stood by Stefan to care for them in their final days.

It’s a short but powerful animated film with a simple message of survival, strength and the power of our chosen families with beautiful design by noted illustrator Maurice Vellekoop.

But, yeah…you will need Kleenix…hankies…a hug…