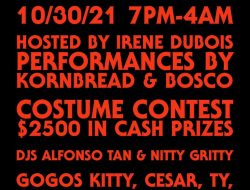 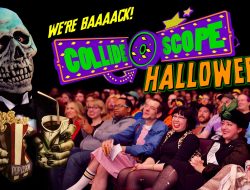 October 14, 2021 Comments Off on Gasp! Superman Junior Comes Out As Bisexual! Old Superman Has A Tizzy! Views: 929 Comics, Geek

Everyone is having a tizzy because DC Comics just announced that Superman is bisexual.

DC Comics announced last week that in the upcoming issue of SUPERMAN: SON OF KAL-EL #5 out on November 9th, the character of Jon Kent, the SON of Kal-El aka Clark Kent aka Superman and Lois Lane, would come out as bisexual and reveal his love for…another reporter and a male one, named Jay Nakamura.

Who knew journalism was so sexy and hot and romantic!?

Of course, this news rankled some folks…including former Superman actor Dean Cain who went on Fox News and accused DC of “bandwagoning” and pointed out a number of other DC characters had come out in recent years.  He starred in Lois & Clark: The New Adventures of Superman from 1993 to 1997 and appeared in CW’s Supergirl series more recently. He scoffed at charges that DC was “brave” to introduce a new gay character in their universe and shot back with this comment:

Dean sounds a bit “Grandpa yelling at the kids to get off his lawn” here but he does have a point…DC and Marvel both tend to avoid tackling the REALLY gritty shit in the world…though, to be fair to them, they’re in the business of telling and selling stories to the entire world, and that’s tricky. And, when renegade comics people try to tackle the hard stuff, they tend to get into trouble, like Alan Moore.

Still, it’s sweet to see Superman Junior having a snog with a cute boy.

The press release from DC:

On November 9th the life of Jon Kent, the Superman of Earth and son of Clark Kent and Lois Lane, takes a bold new direction.

Just like his father before him, Jon Kent has fallen for a reporter. After initially striking up a friendship with reporter Jay Nakamura, he and Jon become romantically involved in the pages of SUPERMAN: SON OF KAL-EL #5 from writer Tom Taylor (DARK KNIGHTS OF STEEL) and artist John Timms (HARLEY QUINN). Following a scene where Superman mentally and physically burns out from trying to save everyone that he can, Jay is there to care for the Man of Steel.

“I’m incredibly honored to be working beside Tom on the SUPERMAN: SON OF KAL-EL series showing Jon Kent tackling his complex modern life, while also saving the world from its greatest threats, villains and menaces,” said artist John Timms.

“We couldn’t be prouder to tell this important story from Tom Taylor and John Timms,” said DC Chief Creative Officer and Publisher Jim Lee. “We talk a lot about the power of the DC Multiverse in our storytelling and this is another incredible example. We can have Jon Kent exploring his identity in the comics as well as Jon Kent learning the secrets of his family on TV on Superman & Lois. They coexist in their own worlds and times, and our fans get to enjoy both simultaneously.”

SUPERMAN: SON OF KAL-EL takes place in the main continuity of the DC Multiverse. For more information on the Multiverse, visit dccomics.com.