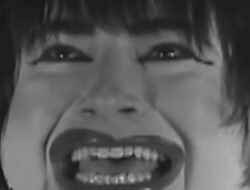 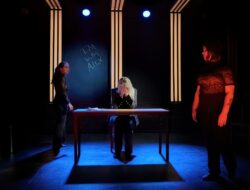 Feminism Makes Waves – A Review of ‘The Fifth...

The two divas are bringing their camptastic parody show MOMMIE QUEEREST to Seattle’s Broadway Performance Hall on Saturday, April 9th for one show only (really? I bet they could sell out at least two!) For those of you very young/living under a rock, it’s a spoofy riff on the wonderfully awful 1981 film, Mommie Dearest which starred Miss Faye Dunaway portraying another film icon, Miss Joan Crawford and all based on Christina Crawford’s nasty tell-all memoir revealing that Joan wasn’t a very good mother.

The horrible story was pretty over the top to start with but in the hands of director Frank Perry the film is truly in berserker mode with campier than thou lines like “Christina, bring me an axe!” and “No more wire hangars!” a line shrieked by Dunaway in Kabuki style make-up as she smacked a child actor with said wire hangars and a can of Dutch Boy cleanser. Or, maybe the funnest line ever said in a big studio film, “Don’t FUCK with ME, fellahs! It’s not my first time at the rodeo!” when Faye/Joan confronts the board of directors at Pepsi Cola when they want to fire her as their spokesperson.

ALL these lines (and MORE!) will be lovingly recreated by Peaches Christ (as Faye/Joan) and Heklina as Big Christina. The cast also includes famed Club King, Mario Diaz, Nancy French, Abbey Roads, and our own Adé Connere.

I would snag them quickly…this should sell out.